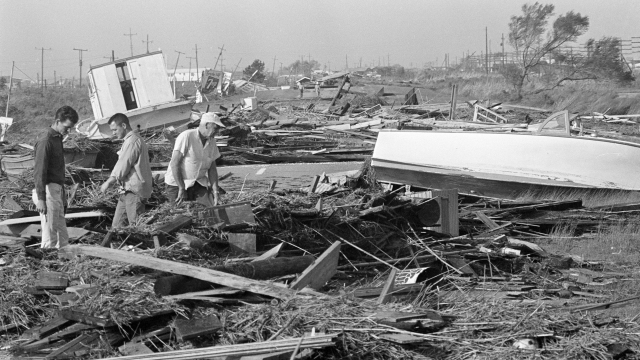 SMS
Federal Flood Insurance Exists Because Private Insurers Wanted Out
By Cliff Judy
By Cliff Judy
March 20, 2021
A devastating 1965 hurricane led private insurers to lobby Congress to get into flood insurance. But that had a lot of unintended consequences.

Hurricane Betsy made landfall along the Gulf of Mexico in 1965 as a Category 4 storm. More than 80 people died, power and telecommunications were knocked out region-wide and levees along Lake Ponchartrain breached to flood New Orleans.

The impact of Betsy went well beyond lives and property lost, though. As the first U.S. hurricane to cause more than $1 billion in damage, it would reshape flood policy for generations.

There was a reason private insurers wanted out in the late 1920s. Today, the National Flood Insurance Program has more than 5 million policies in force and owes $20.5 billion in debt.

Dr. J. David Rogers with the Missouri University of Science and Technology has studied major floods on every continent except Antarctica. In this video, he explains why it's so difficult for an underwater insurance program to turn things around.