The Origins Of The LGBTQIA+ Acronym 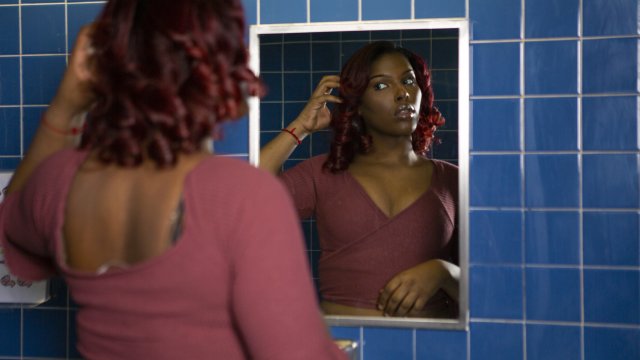 Language evolves to reflect changes in culture — the way we understand people and issues. The word gay is a perfect example so is the ever-expanding acronym encompassing the spectrum of sexual and gender identities. LGBTQIA+ and whatever comes next. But first, more about the word gay. For years, the everyday definition was "having or showing a merry, lively mood." Today, of course, the first thing likely to come to mind is same-sex desire and behavior. Textbook. But textbooks are constantly being revised.

By the early 1970s, gay was common parlance for homosexual, which had taken on a clinical connotation suggesting same-sex attraction was a pathology. But this new use of "gay" wasn't really new. Flip back a few chapters in the textbook "gay" had a sexual context going back to the 17th century. A gay woman meant prostitute, a gay man was a womanizer, a gay house a brothel. It wasn't common, but gay also was used to describe same-sex attraction as far back as the 1930s, especially among gay people. As time went on, the word turned out to be inadequate for representing all orientations and identities, and that brings us to the evolution of the sexual spectrum acronym. LGB was commonly used by the late 1980s to represent the groups often called the "gay community." In the '90s, T, for transgender — people whose gender identity differs from the sex listed on their original birth certificate — was added to lesbian, gay and bisexual.  At this point, sometimes the acronym was LGBT other times, GLBT.  It was fluid.

Today, the abbreviation is still growing — LGBTQIA+.  The Q is for queer or questioning. Queer refers to anyone who is not straight or whose gender identity does not match the sex at birth. Questioning refers to people who are uncertain about their sexual orientation or gender identity. I is for intersex. That’s somebody who is born with biological sex characteristics that aren't traditionally associated with male or female bodies. It is not an orientation or identity. The A stands for asexual people who experience little and maybe no sexual attraction.The plus sign is for all other orientations, identities and gender expressions. In other words, it’s for inclusion — however far it evolves.

There are other letters that could be added — and, in some cases, already have been. A New York Times glossary includes: P for pansexual -- someone attracted to all gender identities; D for demisexual, somebody who needs a strong emotional connection before experiencing sexual attraction; and G for graysexual, meaning a person sometimes experiences sexual attraction but typically does not. Some people have called for a single letter like "Q" to represent all identities and expressions, as the acronym grows longer and longer.  But as the next chapters of the textbook are written, it's still expanding — with no signs up slowing down.