The Oregon Wildlife Refuge Standoff Is Now A Video Game 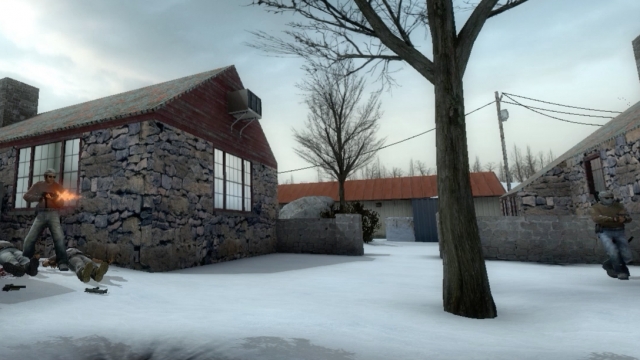 The standoff at Oregon's Malheur National Wildlife Refuge is now a video game — sort of.

This is cs_wildrefuge by Nipper. It's a free, unofficial map for "Counter-Strike: Global Offensive."

It pits "terrorists" vs. "counterterrorists" on a digital version of the refuge.

Most of the buildings are reproduced pretty well. But the actual occupation never got this violent.

Typically, they're not quite as tongue-in-cheek as this.

The map was released just over two weeks before the arrest of group leader Ammon Bundy, and the shooting death of spokesman LaVoy Finicum.