The Oceans Are Filled With Plastic, And The Problem Might Get Worse 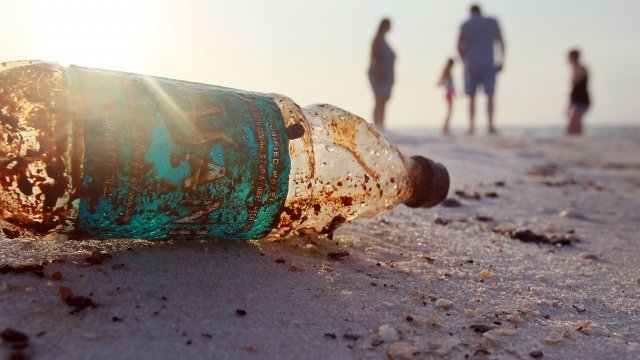 SMS
The Oceans Are Filled With Plastic, And The Problem Might Get Worse
By Ethan Weston
By Ethan Weston
January 25, 2018
Scientists think there's currently about 17 billion pounds of plastic dumped into our oceans each year.
SHOW TRANSCRIPT

The plastic that finds its way into our oceans seems to be making coral sick. And if nothing is done, there'll likely be a lot more of it in the near future.

The authors of the coral study estimate the number of plastic items entangled in Asia-Pacific reefs will increase by 40 percent by 2025 — bringing the total to over 15.4 billion pieces of plastic.

As for the ocean as a whole, well, in 2015 scientists estimated the amount of plastic that gets emptied into our ocean each year. That number was a whopping 17 billion pounds.

And if projected growth continues, then the oceans could contain more plastic than fish — at least by weight — by 2050.