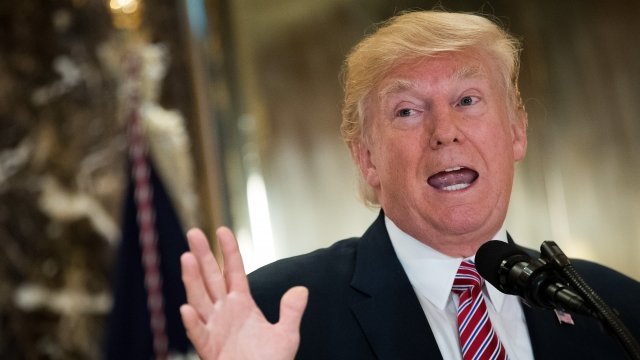 By Eugene Daniels
August 15, 2017
There are a few very strong obstacles blocking a NAFTA win for President Trump.
SHOW TRANSCRIPT

Back when Donald Trump was a candidate, he promised to get rid of the North American Free Trade Agreement. Now, the president wants to renegotiate with our neighbors to the north and south. But that won't be simple for Trump; like most things in D.C., a cast of competing characters and interests can make new trade talks a long slog.

First, you have the U.S. business community, which benefits a ton from selling to Canada and Mexico. It's also wary about negotiations, especially if Trump starts threatening again to pull out of the deal. Business groups say an exit could jeopardize 14 million jobs that rely on cross-border trade.

And any deal the Trump administration hammers out needs congressional approval. Getting trade through both chambers is hard, especially since everyone is concerned Trump could just pull out of negotiations. Trump's apparent disdain for NAFTA is more in line with many Democrats' views than Republicans'. But some Dems worry a new NAFTA would borrow too much from the Trans-Pacific Partnership deal — a deal Trump rejected early in his term. That resemblance also could force supporters to jump ship.

Recently 32 House Republicans sent a letter to the U.S. trade representative, agreeing an update should happen but noting that they are "also keenly aware of the potential for damage to U.S. farmers, businesses, manufacturers, service providers and workers if long-standing agreements are suddenly vacated." 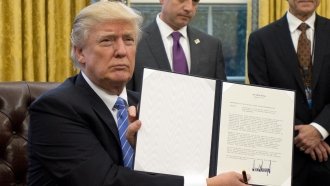 Pulling Out Of The TPP Proves Tough For Trump's Rural Voters

Then there's time. Trump wants swift negotiations without too much U.S. concession. But trade deals, especially ones as expansive as NAFTA, can take months and sometimes years to complete. Take the monthslong sugar trade agreement between the U.S. and Mexico. Or the lumber talks between America and Canada that the Obama administration started and still aren't finished. And those were for just one commodity; NAFTA talks could tackle 30 different issues.

Another time-related issue complicating negotiations? Mexico's presidential election in July. That could give Mexican negotiators about six months to make big compromises, which puts a huge time crunch on any revised NAFTA agreement.