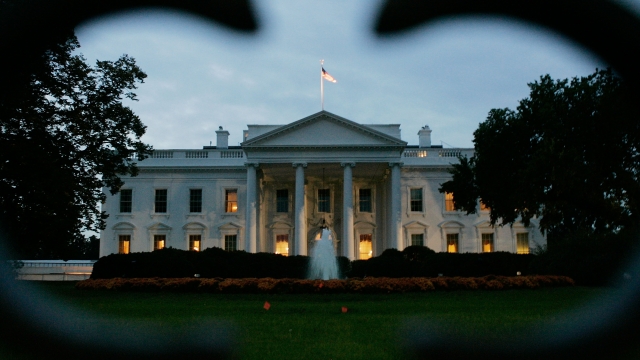 The 100-day benchmark is something new presidents and "the media" obsess over before, during and after the beginning of a new administration. But why is there such a frenzy over the first four months of a presidency?

You can partly thank our 32nd president — Franklin Delano Roosevelt. When FDR walked into the Oval Office, the Great Depression had already started. Banks were collapsing left and right, almost no one could pay their bills and the unemployment rate was 25 percent.

To get the country back on track, the Roosevelt administration began to move at breakneck speed. Putting thousands back to work and signing 15 bills into law, thanks to a Congress that was essentially serving as a rubber stamp.

That was unheard of at the time and sounds impossible today. But Roosevelt didn't market it as 100 days of action. It was just a reaction to how bad the country was doing.

To explain how big a deal this was, reporters at the time compared it to Napoleon Bonaparte's 100-ish day frenzy of escaping exile, sweeping an army across France and eventually losing at Waterloo. And thus the benchmark was born.

Every single president since has had to endure the 100-day progress report. But there's no real consensus on how much it matters or even tells us.

Presidential candidates run around for months promising fast changes to the American people, so a quick-paced beginning is great PR. It shows proof of their priorities and can help build public support early on.

But that doesn't always translate to long-term success. After all, 100 days is only about 7 percent of a presidential term.