The Number Of U.S. Kids With Mental Health Issues Is Growing 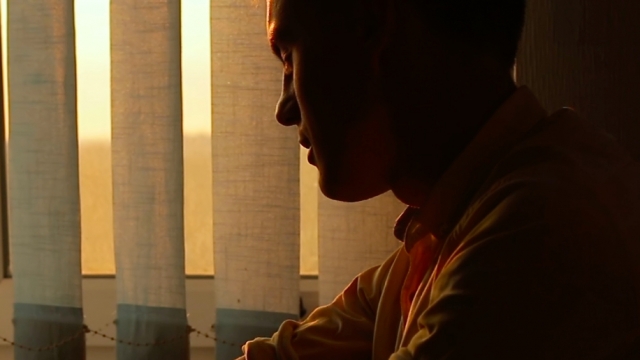 Research shows more and more children are going to the ER for self harm. The trends, one doctor says, are troubling.

From suicide to self-harm, depression to anxiety, mental health concerns are a growing problem for children, and those at risk are getting younger and younger. We want to warn you, the subject matter of this story may be triggering to some.

Mental health concerns are a growing problem for children, and those at risk are getting younger and younger. For Stephanie, a mental health interventionist and a mother of a young daughter, it was important to share their story. She didn’t want her daughter to do a formal interview, in case it became triggering — but says she’s learned a lot as her daughter struggled with mental health.

Teens Are More Anxious Than Ever: The Physical Toll On Their Brains

According to Pew, 70 percent of 13- to 17-year-olds think depression and anxiety are a "major problem" among their peers.

"She was isolating more, spending more time in her room. She would have random outbursts towards me and just, almost very flat-affected. She wasn't like her happy self," Stephanie told Newsy.  "So one of her friends anonymously called the Safe to Tell line and said that my daughter had been cutting, and so Thornton Police Department came to my door. And they said: ‘We're here in regards to ... Safe to Tell. Somebody called the anonymous line in regards to your daughter's self-mutilating. She's been cutting.’ And she was upstairs, isolating. And I called her to come downstairs and I asked to see her arms, and sure enough, there were. It was heartbreaking, because me working in the mental health field, I knew right away that my daughter was hurting. She was hurting. That was … her coping mechanism."

Dr. Chris Rogers is a psychiatrist and Medical Director of Child and Adolescent Services Medical Center of Aurora. He worked on the 11 year old's case.

"It's kind of on the less common side of the bell curve. It's certainly not unheard of. And as time goes on, we're seeing more and more depressive illnesses in younger and younger kids. … In a 13-year-old, I would say not uncommon at all. In an 11-year-old, a little less common. I mean certainly this is not unique to Colorado, but in my own personal experience, over the last 10 years of training and treating kids with mental illness, it's getting — it is not subtle. It's a growing problem each year," he said.

Rogers calls the mental health trends in children and adolescents troubling. A recent study found the number of children and teens in the U.S. who visited the ER for self-harm doubled between 2007 and 2015. The average age of a child at the time of evaluation was 13. 43% of the visits involved children between 5 and 11.

On top of that: not all states have the same mental health parity protections – laws that require insurers give the same level of benefits for mental illness as they would for physical disorders and diseases. For now, Rogers says he focuses on the patient. And he says no matter how patients seek treatment, seeking it in the first place is critical.

Victims of trauma may feel anxious, angry, or fatigued around the anniversary of a traumatic event. Psychologists call these anniversary reactions.

"Help works, and that there's no shame in sort of going to get help and bettering your life. And again, you know, I'm a doctor, so if you had high blood pressure and somebody told you, ‘you really ought to stick it out, and going to see a doctor, get medications would be a sign of weakness,’ I would look at you a little odd. And I think there's no difference in mental health care, either," Dr. Rogers says.

As for Stephanie’s daughter, she’s back in school and goes to intense outpatient therapy three days a week. The two also found a way to communicate more, by journaling back and forth. Doctors say it's an important way for patients to cope with feelings. Rogers says texting could work for families, too — anything that helps them share.

"There's so many people suffering in silence, and you know, nobody wakes up in the morning deciding they want to be depressed or suicidal. This is not something that you are doing or you should be able to just turn on and off. That's just not how people work," Dr. Rodgers said.