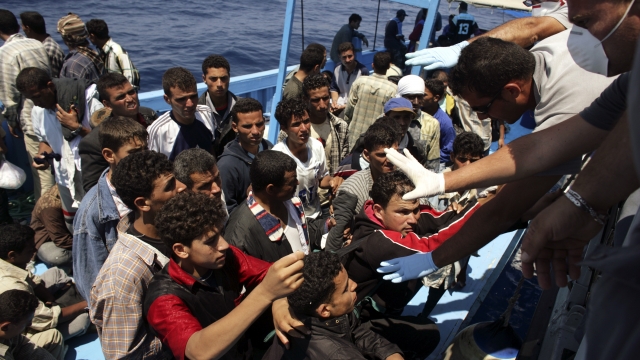 SMS
The Number Of Migrants Reaching Europe By Sea Fell In 2016 — A Lot
By Lindsey Pulse
By Lindsey Pulse
January 12, 2017
An estimated 364,000 migrants reached Europe by two main sea routes last year. More than a million made the same journey in 2015.
SHOW TRANSCRIPT

The number of migrants reaching Europe by sea plunged by about two-thirds in 2016.

The drop is due in part to the controversial Turkey-European Union deal that was implemented in March. The deal upped border control and sent migrants who traveled illegally to the Greek islands back to Turkey.

The deal was made after hundreds of migrants died at sea trying to reach Europe. In return for taking in migrants, Turkey receives billions in aid money and visa-free travel to the EU for Turkish citizens. 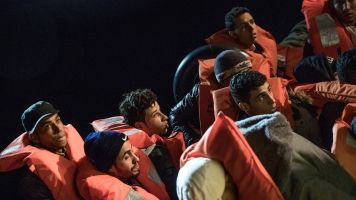 A Record Number Of Migrants Died Crossing The Mediterranean In 2016

Some EU countries saw more of a drop than others. Arrivals to Greece dwindled, while Italy saw a record number of people coming in.

While arrival numbers fell, the numbers of migrants dying at sea didn't. The International Organization for Migration estimates more than 5,000 migrants died crossing the Mediterranean in 2016, more than any other year on record.