The Not-Very-Clear-Cut World Of Ads And Ad-Blocking 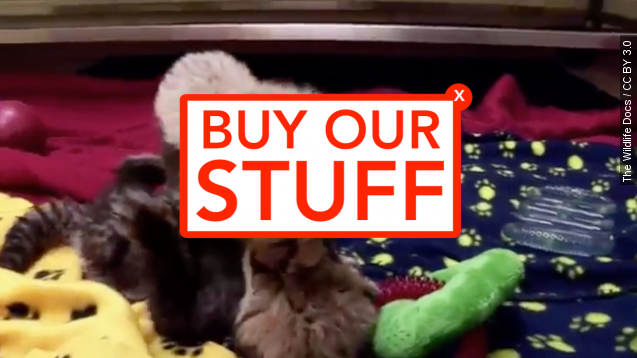 SMS
The Not-Very-Clear-Cut World Of Ads And Ad-Blocking
By Evan Thomas
By Evan Thomas
September 19, 2015
There's good and bad to the practice of blocking advertisements on the Web.
SHOW TRANSCRIPT

Web ads — and the blocking thereof — are complicated. Yes, ads are annoying. But blocking them isn't always good for everyone. (Video via The Wildlife Docs)

Many of your favorite Web publishers generate revenue from ads, and blocking it hurts their bottom line.

Developer Marco Arment pulled a massively successful mobile ad-blocker from Apple's store less than two days after iOS started supporting the tools because it blocked every piece of advertising from everyone. He said that approach was "too blunt." (Video via Apple)

The iOS release is a chance for publishers to remind their viewers of this delicate balance, though some aren't so delicate about it.

Extreme examples aside, ad-blocking is an arms race. Ad-blockers block ads, publishers publish warnings about how this damages their revenue and ad-blockers start blocking those, too.

Anti-adblock interests have dire warnings about the economic impact of ad-blocking: more than $40 billion in lost revenue globally by next year, if we believe their numbers.

But a Bloomberg report last year found advertising spending, as a proportion of GDP, hasn't changed much since the 1920s. It suggests any lost revenue will get shifted around eventually.

Maybe into more native advertising efforts, where the content itself is sponsored — and won't get trapped in the ad-blocker filters. (Video via Facebook)

At the same time, there are legitimate reasons to want to avoid ads.

There's a whole lot of tracking and interconnection going on behind the scenes on Web pages, much of it without the user's knowledge or consent. (Video via Disconnect)

And a whole lot of malware. A recent Cyphort report showed "malvertising" — where hackers insert malicious ads into legit online operations — more than quadrupled in the last year.

Flash is an especially nasty vector within the industry. Google has switched its media players and ad networks to HTML5, Firefox put Flash in quarantine until Adobe fixes all the security holes and Amazon and Facebook have ditched it completely on their ad networks. (Video via Google)

So maybe don't uninstall that ad-blocker just yet.

Maybe go for a happy medium and set up a whitelist, so the ads you trust from the publishers you enjoy still get through, everyone still gets paid and you still get your cat videos. (Video via The Wildlife Docs)