The Northeast Is Getting Hit With A Whopper Winter Storm 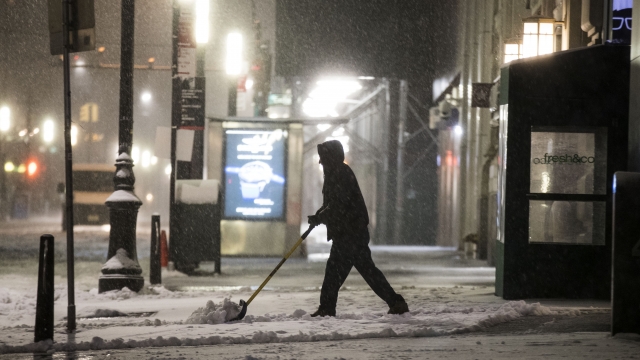 SMS
The Northeast Is Getting Hit With A Whopper Winter Storm
By Briana Koeneman
By Briana Koeneman
March 14, 2017
The storm started pounding the East Coast Tuesday, prompting the National Weather Service to issue a blizzard warning for more than 30 million people.
SHOW TRANSCRIPT

Just when we thought spring was right around the corner, the Northeast is getting hit with a whopper winter storm.

Major cities including New York, Boston, Philadelphia, Baltimore and Washington, D.C., could see up to a foot of heavy snow. The storm is also bringing damaging winds and thundersnow.

As of Tuesday morning, the storm already grounded thousands of flights and forced many schools across the East Coast to cancel classes.

And officials are warning residents to avoid the roads and shelter in place during this "life-threatening" blizzard. 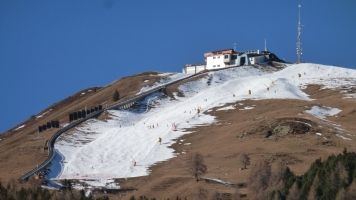 If this snowstorm's wrath is as fierce as meteorologists expect, it could go down in the history books as one of the biggest on record to hit New York City this late in the year.

That's a pretty big deal, considering the city only had about 20 inches of snow for the whole winter season before now.

But massive late-winter blizzards like this one aren't exactly unheard of.

The April Fools' Day blizzard of 1997 dumped more than 2 feet of snow on an unsuspecting Massachusetts after the area had enjoyed above-average temperatures.

As for this storm, it's expected to be at its strongest through Tuesday afternoon and leave the area by Wednesday.