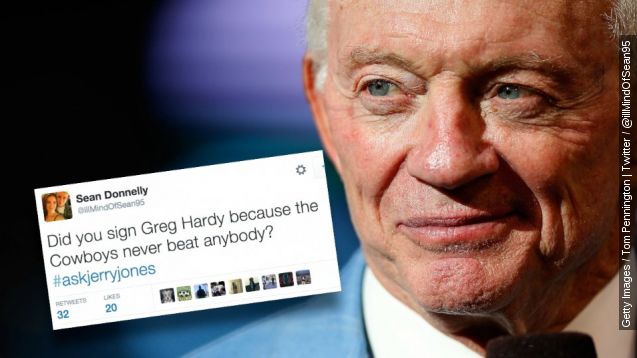 A Q&A session with Dallas Cowboys owner Jerry Jones did not go well. Who knew?

By using the hashtag #AskJerryJones, football fans could ask the Cowboys owner anything. ANYTHING!

There were some questions about the team.

Some weird stuff and more.

But most the questions were about this guy: Defensive end Greg Hardy who the Cowboys controversially signed in the offseason.

NFL fans had plenty of questions — for Jerry Jones.

"One of the real leaders on this team. He earns it with respect from all of his teammates," Jones told reporters.