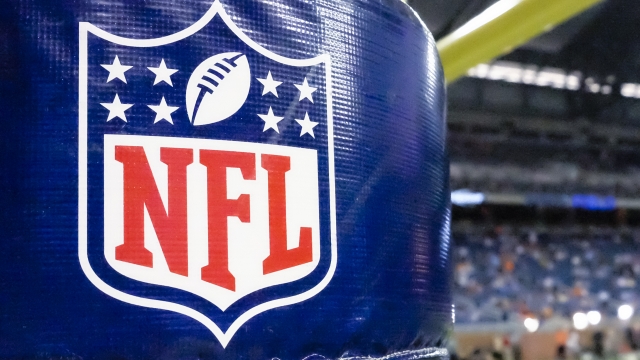 SMS
The NFL Is Down To A Single Black Head Coach After Firings
By Newsy Staff
By Newsy Staff
January 23, 2022
The majority of the league is Black, but the people who make the hiring decisions don't represent that demographic.

The National Football League has a diversity problem.

In a league where 69% of the players are Black, just 3% of the coaches are Black.

So, where is the disconnect?

Doug Chapman is a former NFL running back and the director of player development at Marshall University.

NEWSY'S JAY STRUBBERG: So, what gives here? Why so few Black head coaches?

So, you're going to get that problem in any environment when you have people making decisions for a demographic that they don't even look like.

STRUBBERG: This isn't a new phenomenon. There wasn't a Black head coach until Art Shell in 1989. The league tried to address the problem in 2003 with the so-called "Rooney Rule," which required teams to interview at least two minority candidates for their head coaching openings. This rule was expanded in 2021 to include general managers and assistant coaches, but this "Rooney Rule" is apparently not working very well. Why is that?

CHAPMAN: For starters, I appreciate the efforts the Rooney family put in to get that rule implemented, and what their intent behind it I think was excellent. The problem is that up until the '80s, Blacks weren't seen as cerebral enough to even play the position of quarterback, yet alone be the head coach of a football team or be a coordinator. I don't think that stigma is as bad in 2022 as it was back then, but it's still there and you have people who still think that Black people are not capable enough to be at the top of these NFL organizations, they're good enough to play, good enough to run plays, good enough to hit people, but maybe not good enough to make the decisions on who does the hitting, who does the throwing and who does the tackling. So, like I said, you have to get more people in places of power to create change, and that's when you start to see sweeping change.

STRUBBERG: What type of change would you like to see from the league that could help address this diversity problem?

CHAPMAN: I would love to see, you know, more Black ownership — if it takes people getting together to buy teams. I would like to see more Black GMs. Brad Holmes of the Detroit Lions, friend of mine, he's a general manager, I'd like to see more people at the top that are making these decisions, and I would also like to see in New York people around [NFL Commissioner Roger] Goodell that look like me, giving him input.

Troy Vincent is there doing an excellent job but there needs to be more voices in the room because if a person doesn't understand the experience of others, it's very difficult for them to act on it, and when you have people that don't, like I said, that don't represent the 70% of the Blacks that are in the NFL, then they're going to make decisions based on all they know.

There needs to be more voices in the room and people at the top helping them make better decisions.

STRUBBERG: Who are some of the names that should be up for NFL head coaching jobs right now?

CHAPMAN: Oh I'm going to start at the top with Byron Leftwich who was my quarterback at Marshall, he's the OC now with Tampa Bay, he definitely should be at the top of everyone's list. Eric Bieniemy, it's a crime to me that he is not a head coach already in second or third year somewhere, very capable, excellent. His players, I mean they rave about him, there's no reason why he should not have been a head coach already. And Brian Flores. A lot of White NFL coaches get recycled in the NFL — if this gentleman does not get recycled and end up popping up somewhere as a head coach again, that will also be a crime. I don't think Miami made the right decision by firing him, but I think that was more personality-driven than what he did on the football field. But he definitely deserves to be interviewed for head coaching hires.

STRUBBERG: Definitely a good list of names there. Doug Chapman, thank you so much.