The NFL Can Now Fly Drones, Just Not During Games 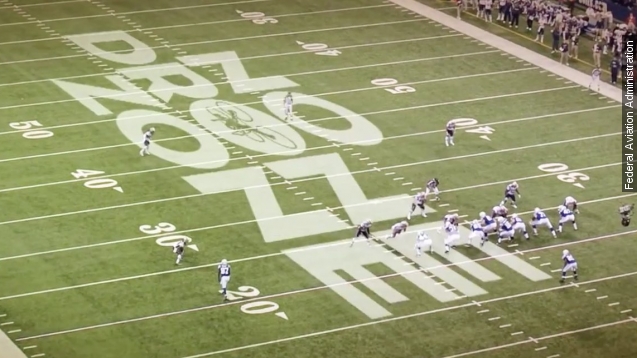 The NFL is the first major U.S. sports league to gain FAA approval to fly drones for commercial use.

Drones: coming to an NFL stadium near you. (Video via Jamie McCaffrey / CC BY 2.0)

The NFL is now the first major U.S. sports league to gain approval from the Federal Aviation Administration to fly drones, but don't expect to see them during games.

Bloomberg reports NFL Films can use the drones to shoot films, documentaries and television segments inside the stadium, but the FAA is limiting their use to when there's no game going on. (Video via YouTube / MPFnB)

Cameras of all kinds are regular fixtures during NFL games, from the larger, manually operated ones to the smaller, remote-controlled devices that zip around during the broadcast.

And, while drones aren't approved for use on NFL game days just yet, it doesn't seem like that's too far off.

Same goes for their use by other sports leagues. It's just that regulating them can be tricky.

Both the NFL and MLB have had issues in the past with unmanned and unapproved drones over their stadiums.

The FAA even released a public service announcement before the Super Bowl urging fans not to bring their drones:

"Have fun. Cheer on your team. And keep it a no-drone zone. Don't spoil the game."

Currently, flying drones for any commercial purpose is illegal without prior FAA approval.