The Next iPhone May Be Less Bendable Thanks To Bendgate 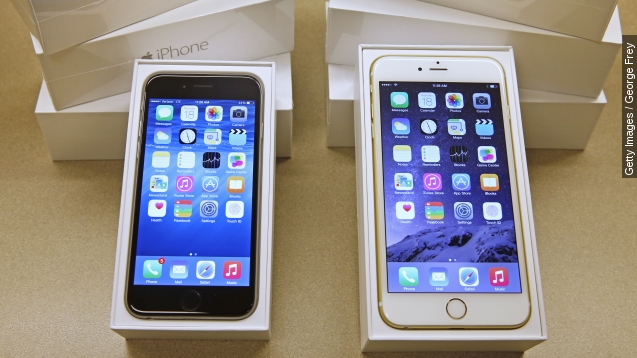 SMS
The Next iPhone May Be Less Bendable Thanks To Bendgate
By Leah Becerra
By Leah Becerra
August 10, 2015
Looks like Apple might've reinforced the structural integrity of the iPhone 6s models. And it's all thanks to Bendgate.
SHOW TRANSCRIPT

Do you remember Bendgate? Turns out the unoriginal label for bending your iPhone was more than just a search term; it was also the impetus for reinforcing your next smartphone.

Unbox Therapy was one of the first places to stress test the iPhone after rumors started flying last year.

"Under the pressure of my hands, it does bend quite significantly."

But other manufacturers weren't left out. SquareTrade used its BendBot to test the iPhone's threshold as well as HTC's One M9 and the Samsung Galaxy S6 Edge earlier this year. Eventually they all bent at either 110 or 120 pounds of pressure.

So first and foremost, Bendgate taught us that our phones are not invincible, and that sitting on the devices or bending them with our bare hands is not a great idea.

But something else came out of it too: The next iteration of the iPhone will apparently be harder to bend. The Unbox Therapy guy got his hands on a bunch of 6s parts, and he's released a video claiming the 6s will be stronger.

"In front of me is the backplate from the upcoming iPhone 6s ... 1.90 — almost twice as thick in that very important region."

That region he's referring to is one of the better-known weak areas of the iPhone 6 and 6 Plus — near where the volume buttons stick out on the side. (Video via Apple)

We're not sure exactly how Unbox Therapy got hold of these 6s parts, but we do have a guess.

The Wall Street Journal reported that "Apple is asking suppliers to manufacture between 85 million and 90 million units combined of [the] two new iPhone models." That's a lot of phones to sell. For comparison, last year's initial production was around 70 million.

And what better way to drum up excitement ahead of a product launch than a carefully planned leak? Of course, it's not like Apple would do something like that, right? (Video via Apple)