The Newest Microsoft Smartphone Rumors Make A Ton Of Sense 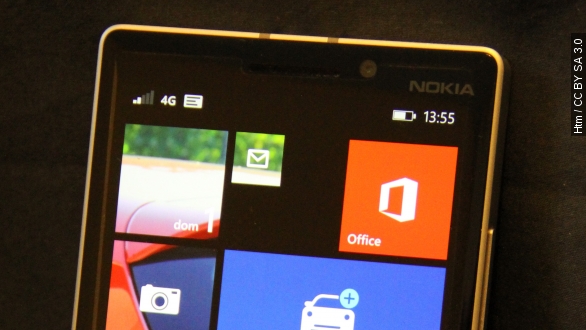 Rumor has it Microsoft is planning to launch a pair of new flagship Lumia smartphones later this year.

The two phones, codenamed Cityman and Talkman, could help revitalize what a number of outlets consider a stagnant market of low- and mid-tier Windows phones. Specs like these would put them at the high end of the current smartphone pile.

Compare them to the Nexus 6, for example: Google’s latest phone has a larger screen, but the rest of the internals aren’t much different.

These new phones would also be running Windows 10 right out of the box. As Microsoft showed off at its Build conference last week, that could give them a couple more killer features.

Such as Continuum, in which attaching a keyboard, mouse and display to a Windows 10 phone turns it into a miniature PC running full-fledged Windows software. (Video via Microsoft)

And the ability to run Android and iOS apps. These phones would not only be at hardware parity, but they could have access to more software than the competition.

But for now it’s still a waiting game. At Build, Microsoft VP Joe Belfiore said “Our phone builds have not been as far along as our PC builds.” Windows 10 for phones is coming later this year, after the planned summer release on desktop devices.

And even then, it’s not clear how much a couple new handsets will move the needle for Microsoft. These days it holds less than three percent of the smartphone OS market. (Video via Nokia)

This video includes images from Getty Images and Htm / CC BY SA 3.0. Music by Birocratic / CC BY 3.0.