FBI Investigated Whether Trump Was Working On Russia's Behalf 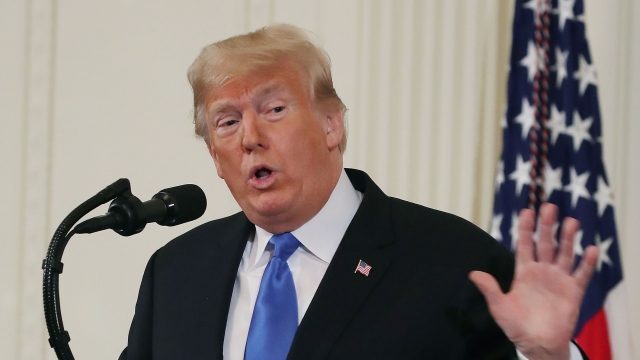 The FBI reportedly opened an investigation into whether President Donald Trump was working on behalf of Russia in May 2017.

That's according to an exclusive report from The New York Times, which claims the bureau opened an inquiry after President Trump fired FBI Director James Comey.

According to the report, investigators looked into whether the president's actions were a threat to national security, because it would have impeded special counsel Robert Mueller's broader investigation of Russian interference.

That same FBI investigation also included a criminal probe into whether the president's firing of Comey was an obstruction of justice.

President Trump responded to the Times report in a series of tweets, calling the "former leaders of the FBI" corrupt and accusing them of opening the investigation "for no reason & with no proof."

In another tweet the president says he has "been FAR tougher on Russia" than the past three administrations. But he said getting along with Russia is a good thing, adding, "I fully expect that someday we will have good relations with Russia again!"

The FBI has not confirmed the investigation and as the Times reports, no evidence that Trump colluded with Russia has been made public.