The New US Embassy In Jerusalem Is Officially Open 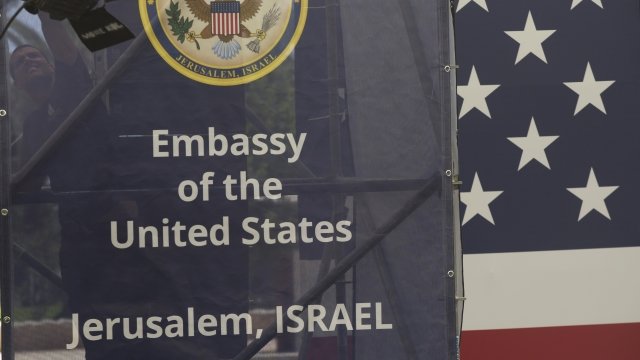 The new U.S. Embassy in Jerusalem is open.

Ivanka Trump and her husband, Jared Kushner, spoke at Monday's dedication ceremony, along with the U.S. ambassador to Israel and Israeli Prime Minister Benjamin Netanyahu.

"What a glorious day! Remember this moment. This is history," Netanyahu said.

President Donald Trump didn't attend the event. But he did address the crowd in a recorded video message.

"For many years, we failed to acknowledge the obvious, the plain reality that Israel's capital is Jerusalem," Trump said.

Trump's decision to relocate the U.S. Embassy from Tel Aviv to Jerusalem has gone over well with the Israeli government.

But the move has angered Palestinians and sparked deadly protests on the border between Gaza and Israel.

The new embassy will be housed in what was the U.S. consulate until a permanent location is found.