The New McDonald's Has Kale, Delivery And A 'Hot' Hamburglar 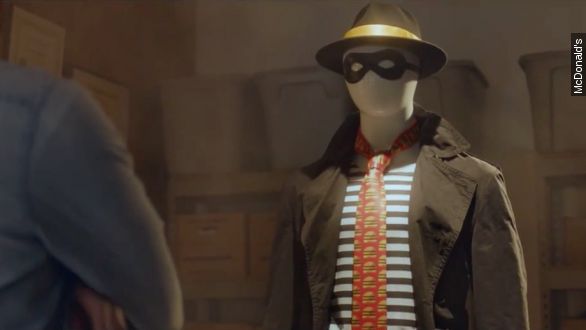 SMS
The New McDonald's Has Kale, Delivery And A 'Hot' Hamburglar
By Jamal Andress
By Jamal Andress
May 7, 2015
Along with introducing new mascots, McDonald’s is overhauling its unhealthy, processed food persona in hopes of turning around poor sales numbers.
SHOW TRANSCRIPT

It's hard to tell if McDonald's is making all the right moves, but one thing we can be sure of — the longtime fast-food leader is not sitting still.

NBC's Matt Lauer said, "The Internet is a little torn between thinking the new hamburglar is hunk or a creep."

No matter how you feel about the suburban Hamburglar, this rollout for McDonald's is going decidedly better than the last one.

Along with introducing new mascots, McDonald's is making a serious overhaul to its unhealthy, processed food persona, introducing things like its "artisan" grilled chicken sandwich.

And a breakfast bowl in some California locations features kale — kale from McDonald's.

Moving over to the East Coast, McDonald's has been testing a delivery service in the Big Apple — as if there isn't a Mickie D's on every corner already.

McDonald's is partnering with Postmates, a freelance delivery service that also works with Starbucks and Chipotle. (Video via KTLA)

All of these changes are an attempt to stop the ever quickening freefall of McDonald’s sales and profits. The worldwide fast-food giant has suffered quarter after quarter of disappointing numbers, the most recent of which was a 30 percent drop in profits.