There's A Need For More Black Women On The Bench 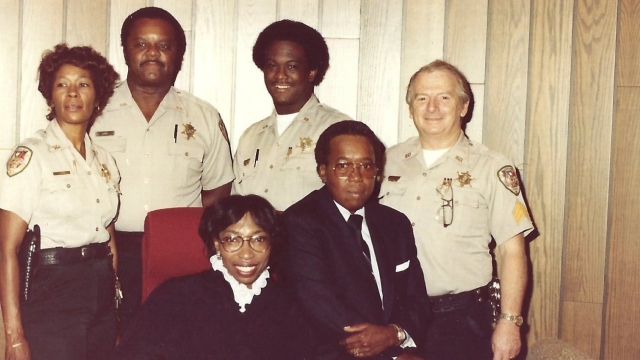 SMS
There's A Need For More Black Women On The Bench
By Alexandra Miller
By Alexandra Miller
February 14, 2022
Judge Bernice Donald says when she was coming up in the legal field in Memphis, you could have counted African American women lawyers on both hands.

President Biden will make history in the next couple weeks, naming the first Black woman to the Supreme Court.

He's vetting his top choices but he didn't have a long list to choose from because there aren't many Black women on the bench.

"When we're not in the picture, we have to repaint the picture," she said. "Growing up, I didn't know any lawyers. I grew up in a rural community where — for African Americans — the primary vocations were preachers and teachers. I noticed that what I read about the law, and about the promise of the law was very different from my experiences on the ground."

Judge Donald says when she was coming up in the legal field in Memphis, you could have counted African American women lawyers on both hands. That's why her candidacy for judge in 1982 was such a big deal. One experience with a white woman sticks out.

"She said, 'You don't look like a judge.' And without missing a beat. I said, 'What's the judge supposed to look like?' She said, 'I don't know. But you don't look like one.' Now there was no malice in her statement. And I took no offense because what she was saying to me — without, I think, even understanding — is that there has been no one in that role, who looked like you."

Judge Toni Clarke faced similar skeptics as she rose through the ranks Maryland.

"You get to a certain point, it's kind of like, 'Do I really want to be part of this? The way they operate?' There was a concerted effort to disparage those of us of color who have gotten on the bench," she said.

Out of the 238 African American judges currently sitting on federal benches, less than a third are women. Fewer than 2% of all federal judges to date have been Black women — despite the fact that 13% of American adults are Black women.

"What I've seen across the country is that, you know, the white guy didn't have to struggle as much as a judge of color — whether it's male or female — didn't have to prove themselves," Clarke said.

But the reality may be slowly changing. Since taking office, President Biden has appointed 11 Black women to federal judgeships. That's more than any other president at this point, although Clinton and Obama nominated more over their entire time in office.

And with this nomination to the nation's highest court, both judges agree it will open doors for so many aspiring lawyers but also lift the burden felt by the women who came before.

"It is important for young people, women, people of color, women who have been socially disadvantaged to understand that there is no ceiling that will keep them forever in place," Donald said. "We have worked hard. We have applied ourselves. There are so many talented women. And if not now, when?"