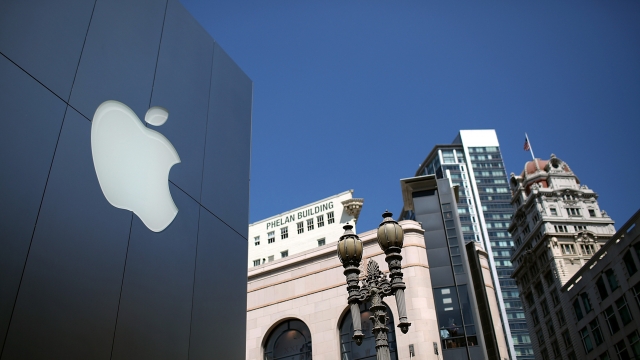 SMS
The Most Profitable Company In The US Didn't Top The Fortune 500 List
By Katherine Biek
By Katherine Biek
June 6, 2016
Fortune released its annual list of the largest U.S. companies Monday.
SHOW TRANSCRIPT

Wal-Mart once again tops the Fortune 500 list, which was released Monday.

Still, the company's total revenue in 2015 decreased for the first time in roughly 45 years.

Wal-Mart blamed the drop in sales on store closures and currency exchange rates.

Ranking second on the Fortune 500 list was oil and gas company Exxon Mobil, whose total revenue numbers were about half that of Wal-Mart.

And Apple was ranked third this year, despite actually being the most profitable company on the list. It made more than $53 billion in profits in 2015; however, Fortune's list is based on revenue.

Warren Buffett's Berkshire Hathaway and pharmaceutical distributor McKesson placed fourth and fifth, respectively, though Fortune seemed to hint that McKesson might not remain in that coveted spot next year if Walgreens ends up acquiring Rite Aid, which has a distribution deal with the company.

Other notable companies to make the Fortune 500 list include Amazon, Boeing, Wells Fargo, Target and Starbucks. Even Campbell's Soup earned a spot, coming in at No. 337.

For more details on the rankings, head on over to Fortune's website.

This video includes clips from Wal-Mart, Apple and Walgreens and images from Getty Images. Music provided courtesy of APM Music.