The Most Outrageous Super Bowl Bets (No Football Knowledge Required) 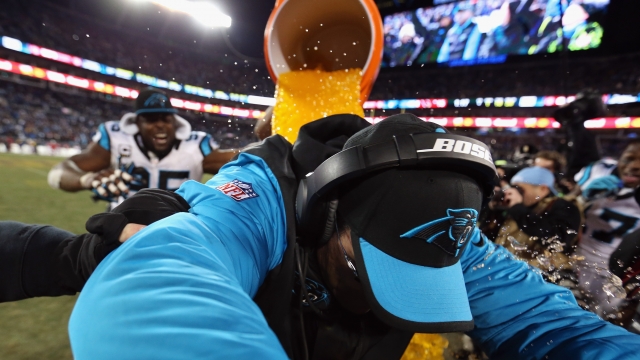 SMS
The Most Outrageous Super Bowl Bets (No Football Knowledge Required)
By Ryan Biek
By Ryan Biek
February 3, 2016
Don't let your lack of football IQ keep you from laying it all on the line ... even if your bet rides on the color of Gatorade dumped on the coach.
SHOW TRANSCRIPT

Forgive us for thinking the Super Bowl may be watched more for gambling than for football. An estimated $4.2 billion in bets will be placed on this year's game alone — most of which will be illegal.

But if you want to legally lay your money on the line, not knowing anything about the sport won't disqualify you. Here are a few stranger-than-usual prop bets for the big game. (Video via NFL)

Bet No. 1: the duration of the national anthem. OddsShark reports "The Star-Spangled Banner" has taken an average of 1 minute, 57 seconds to sing over the last 10 years. But with all those "runs" singers love, it can be anyone's guess how long a performance will take.

It's just been announced that Lady Gaga will sing this year's national anthem, in case you want to review her past performances to try to get an edge. (Video via VEVO)

Once the game kicks off, the wagers get even more bizarre. You can bet on whether the first Carolina Panthers player to score a touchdown will give the ball to a boy or girl, or if there will be an earthquake during the game. It is being played in California, after all. (Video via WFOR)

Come halftime, be sure to pay attention to Beyoncé's shoes. As of Wednesday, Bovada listed black shoes as the favorite with 3-2 odds –– the same color she wore the last time she performed at the Super Bowl.

And the betting doesn't end when the game is over. That Gatorade's worth a lot more than you may think. (Video via Gatorade)

Orange is the odds-on favorite to be dumped on the winning coach, according to OddsShark. Green and purple are set as heavy longshots.

To see how all your Super Bowl 50 bets unfold, tune into CBS this Sunday.