The Modern World That Sci-Fi Foresaw 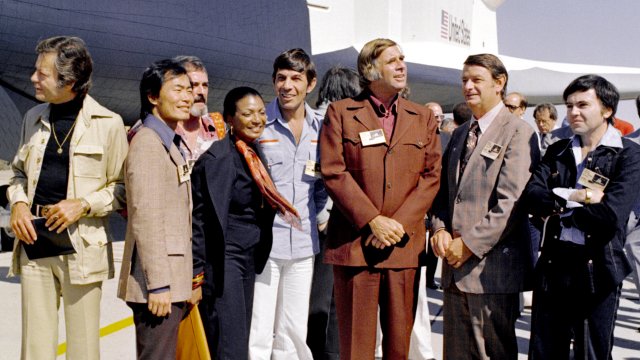 Sci-fi often becomes sci-fact. Look around you; examples are everywhere. Gadgets we use every day, once nothing more than fantasy. They were born in the immense imaginations of people like "Star Trek" creator Gene Roddenberry, novelists H.G. Wells and Jules Verne and countless others. Smartphones are a technological descendant of Motorola's 1990s flip phone, which itself was similar in design to "Star Trek's" flip-design communicator from the 1960s. Don't you remember Captain Kirk flipping open his communicator to contact the Starship Enterprise?

Jules Verne published "From Earth to the Moon" in 1865. It's the story of three Americans who are shot toward the moon from a giant gun. The novel's lunar vehicle — more like a giant bullet — was called Columbiad, weighed about 20,000 pounds and cost $5.5 million. One hundred four years later, three men really did go to the moon in a module named Columbia, which weighed 26,300 pounds and cost $16 billion. Verne's price tag of $5.5 million was equal to roughly $13 billion in 1969.

"Star Trek" was constantly going where "no man has gone before." The replicator was used to create clothing, food, spare parts — anything with design details on file. Now: 3-D printing. Some predictions are right on. H.G. Wells predicted the atomic bomb in his 1914 novel "The World Set Free." 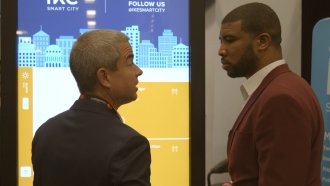 Now, before you start thinking that all sci-fi inventions will become a reality, think again. It's a good bet the "Star Trek" transporter won't be the next smartphone. We all say something stupid or offensive from time to time, and it would be wonderful to erase witnesses' memory, right? But a "neuralyzer" looks unlikely. Same goes for time machines — probably not gonna happen. Sorry, Doc Brown.