Does American-Style Democracy Work In The Middle East? 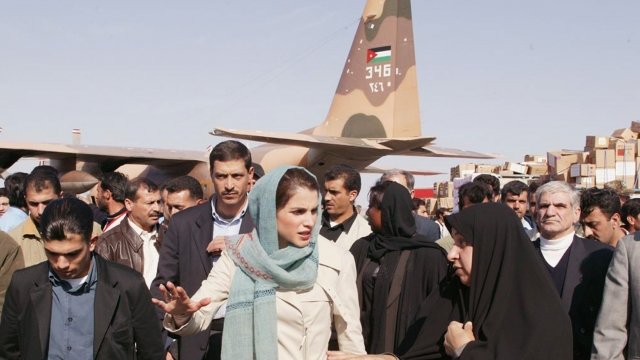 The word "democracy" comes from Greek; the roots are the words for "people" and "power," so literally it means "people power."

Winston Churchill praised it this way: "It has been said that democracy is the worst form of government, except for all those other forms that have been tried from time to time."

But it gets complicated in real life — a boggy blend of political practice and philosophy. Democratization can refer to people going into the voting booth to select leaders, but it's not necessarily a Western, liberal-style democracy that comes to mind in America.

Vladimir Putin could boast of a democratic process in Russia. Russians go to the polls and vote, but they don’t enjoy some basic freedoms when they oppose Putin. Another example is Egypt following the Arab Spring uprising in 2011.

Elections were held, but Muhammad Morsi's Muslim Brotherhood won, not the liberal opposition. Once Morsi became president, he granted himself "almost unlimited powers." He was soon toppled by the military, and the U.S. did not intervene. Egypt resulted in what Fareed Zakaria calls "illiberal democracy."

By comparison, liberal democracy is more than elections. It is built on a foundation of a respect for the rule of law, what the Atlantic says includes "a separation of powers, and the protection of basic liberties of speech, assembly, religion, and property."

When it comes to democracy in the Middle East, some observers say it's blocked in many cases by a combination of:

— A lack of a democratic tradition.

— Tribal and sectarian voting, including due to religion.

— A tyranny of the majority, which results in little respect for the rights of minorities.

Freedom of assembly and criticism of the government are prohibited in the Gulf states. Despite a parliamentary system and presidential elections, Lebanon's politics are controlled by warlords and family dynasties; Tunisia, where the Arab Spring began, struggles with Islamist extremists.

This might explain why Pew Research Center found that only 12 percent of Tunisians say they are "committed" to representative democracy. And in Lebanon, the number was only 18 percent. Majorities in countries surveyed in the Middle East were disappointed with how democracy is working.