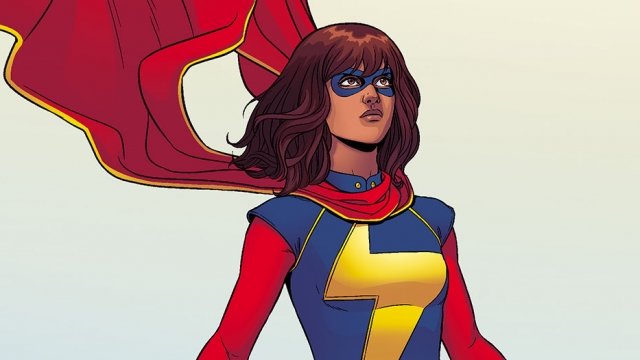 Marvel Studios President Kevin Feige told the BBC a movie including Ms. Marvel is "definitely sort-of in the works."

The fate of Earth's mightiest on-screen heroes is currently hanging in the balance, but it sounds like Marvel is already planning to expand the team.

Marvel Studios president Kevin Feige told the BBC a movie including Ms. Marvel is "definitely sort-of in the works."

The version of Ms. Marvel he's referring to is Kamala Khan — a Muslim-American teenager  from New Jersey.

Feige's comment is hardly official confirmation that we'll be seeing Khan on movie screens soon. But Marvel's been keeping pretty quiet about the future of its superheroes since "Avengers: Infinity War" ends on a big cliffhanger, so it's probably best to not expect too many announcements before that storyline wraps up next year.