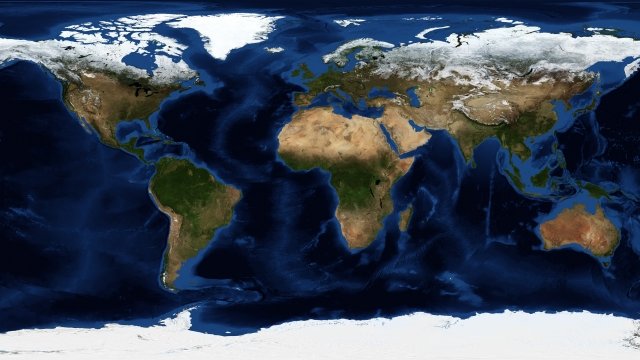 SMS
Making A Detailed Map Of Earth's Oceans Is Harder Than It Looks
By Evan Thomas
By Evan Thomas
June 11, 2018
Our best maps of Earth's ocean floors are less detailed than some maps of other planets. If we can make them better, we stand to learn a lot.
SHOW TRANSCRIPT

According to the National Oceanic and Atmospheric Administration, we've only explored some 5 percent of the global ocean. We do have a map for the rest of it — you can see that if you look at satellite images of the continents plus the seafloor. It's just not a very sharp map.

A few years ago, oceanographers finished the most detailed full-ocean-floor map to date, using satellites that measured the faint gravity signatures of underwater mountain ranges and trenches. It shows details at a level of 5 kilometers per pixel.

That's not as good as it could be. We've mapped the entirety of Mercury in more detail, down to 2 kilometers per pixel. Mars images resolve to less than a kilometer per pixel.

Part of the difficulty is Earth's oceans themselves. Satellite radar can't get through saltwater. It has to measure waves and tides on the surface, and then subtract the water. The result isn't as accurate as it could be.

If you get closer — say, with boat-based sonar — you can scan the seafloor in strips that resolve to about 100 meters per pixel. We've mapped an area roughly the size of Africa with this method so far. 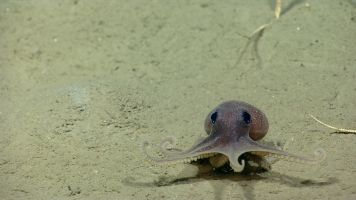 A United Nations group plans to finish the rest of the 100-meter-per-pixel map by 2030 — but it will have to figure out how to cover the deep oceans, and spots that are permanently iced over. The whole thing could take dozens of ships scanning around the clock.

It's a tall order, but it's paid off before. Some of the earliest seafloor mapping efforts helped scientists discover plate tectonics, for example. The furrows that glaciers carve help us track how the climate evolved. And the better our picture of the seafloor, the better we can understand how underwater mountains and valleys influence tsunamis.

And the effort could be crucial for expanding our knowledge of the oceans. Discovering not just what they look like, but also how they work and what lives in them, will go faster with a good map.