The Long Road To Recovery After Hurricane Ida 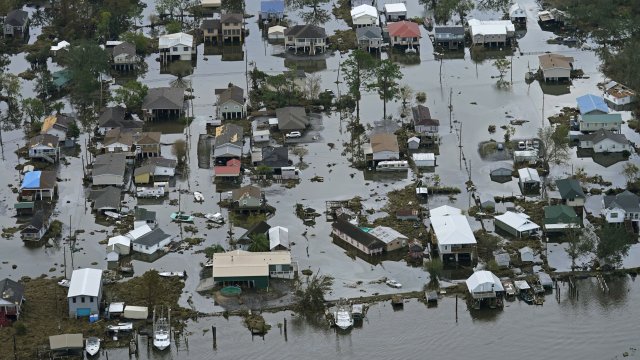 A year ago hurricane Ida rocked its way through southeast Louisiana, leaving many businesses, churches, homes and lives in ruin.

A year ago Newsy walked through the devastation with Tammy Lopinto. Her house was almost unrecognizable.

A year later, Newsy caught up with Lopinto in the community she says she will fight to stay in. Still, the anniversary of Ida weighs heavily on these communities as many cope with the realization that every year an even more powerful hurricane could make its way to front doorsteps again

"I think it's offensive when people say, like, 'how could you do that over and over again?'" Lopinto said. "Even though I think that I know that I would. You have to."

NEWSY'S TAMMY ESTWICK: How has the hurricane changed you guys?

TAMMY LOPINTO: It definitely made me realize there's a lot of things that I took for granted… simple things, like being able to find my clothes, being able to cook and wash my hands. Privacy. Air conditioning.

Not everyone is so lucky.

According to the Louisiana Department of Insurance over 350,000 people recorded property claims to insurance companies after hurricane Ida. Only 60% of those claimants have gotten payouts.