The Link Between Cost And Quality In American Health Care 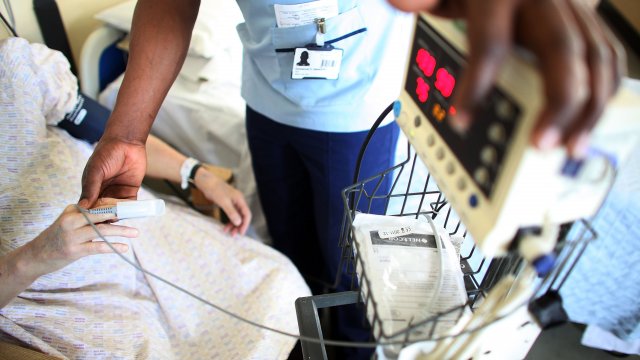 America's health care is acutely pricey. And the future prognosis is no better.

Look around the globe, that's nearly twice as much as what's spent in 10 other high-income countries.

But all that money isn't a remedy and doesn't ensure quality outcomes. The World Health Organization ranked the U.S. 37th in health care systems. When Gallup asked Americans how they felt about the system, 45% ranked it "worst/below average" when compared to other modern, industrialized countries. A major concern is cost.

So what does make our system so pricey?

This list is long. Here are some highlights, along with the complexities.

Administrative costs: A multitude of billing specialists are needed to bill each insurance company for each procedure. Far fewer of these workers are needed in countries with a single-payer system.

Testing and more testing: Doctors in the U.S. tend to use a lot of tests. CTs, MRIs, a whole range. The U.S. has 35 MRI machines for every 1 million people; France has eight. One theory is that most U.S. health care providers make money by running tests. One counterargument is that these tests are often required in unhealthy U.S. patients.

Excessive doctoring vs. effective doctoring: What is the possibility that the next test — however costly it might be — will turn up something previously missed? Some doctors want to turn over every stone; others fear a malpractice suit by skipping a test.

This sentence from David Freedman in The Atlantic sums up the medical-cultural-financial loop well: "It makes sense that a wealthy nation with unhealthy lifestyles, little interest in preventive medicine, and expectations of limitless, top-notch specialist care would empower its health-care system to accommodate these preferences."

So while the problem of rising American health care costs is obvious, a simple cure isn't quite so easy.