The Lights Are Back On At The World's Busiest Airport 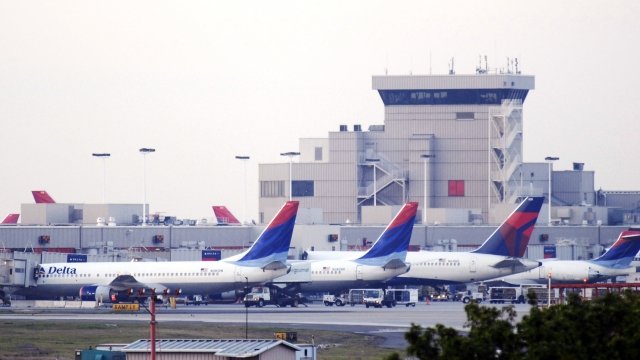 SMS
The Lights Are Back On At The World's Busiest Airport
By Katherine Biek
By Katherine Biek
December 18, 2017
A fire in one of Georgia Power's underground electrical facilities might have caused the issue.
SHOW TRANSCRIPT

We now know why the Hartsfield-Jackson Atlanta International Airport was brought to a standstill Sunday afternoon.

Georgia Power reported a fire in one of its underground electrical facilities might have been to blame. The fire reportedly "caused extensive damage," but the cause of the fire is unknown.

Electricity was restored to all of the airport's concourses shortly before midnight. Delta Airlines already announced it's canceling about 300 flights Monday. Anyone scheduled to travel in the next 24 hours should check their flight before leaving for the airport.

Atlanta's airport is the world's busiest. According to its website, it handles 2,500 flights per day.