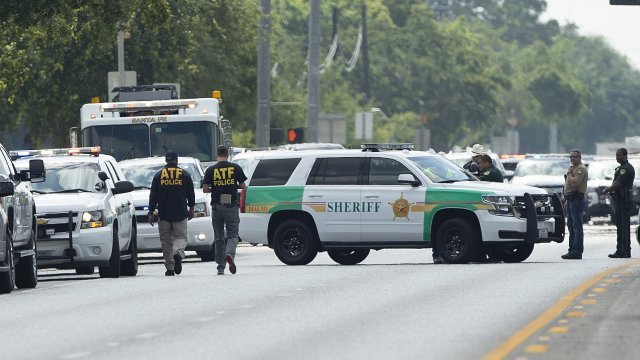 Eight students and two teachers were fatally shot at Santa Fe High School on Friday. The suspect, a 17-year-old student, is in custody and faces multiple murder charges.

The school district's police officers got to the area of the school just four minutes after the shooting started, and officials exchanged gunfire with the suspect for nearly half an hour.

The Galveston County sheriff said he doesn't think any of the victims were hit by bullets from law enforcement, but he said that can't be confirmed until autopsies are completed.

Santa Fe school district officials said teachers and support staff will return to school on May 23, and students will return May 29.