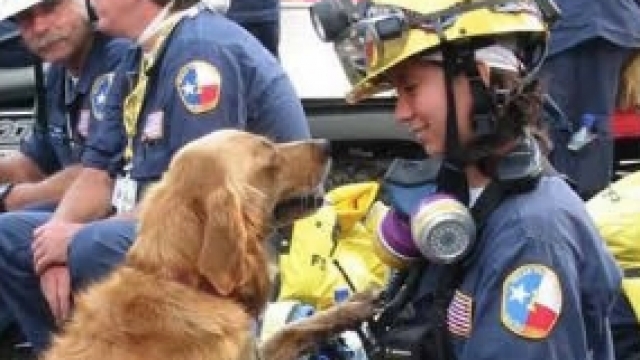 The last living search dog deployed to the World Trade Center after 9/11 has died.

Bretagne, a 16-year-old golden retriever, was put down Monday after her health declined. She was saluted by her fellow firefighters with the Cy-Fair Volunteer Fire Department in Houston on her way to the vet's office.

Bretagne was deployed to ground zero after 9/11 and spent 10 days searching for people buried in the rubble. She also responded to several other disasters, including Hurricane Katrina in 2005.

There is even a cobblestone dedicated to Bretagne and her handler, Denise Corliss, at the National September 11 Memorial and Museum.

Bretagne was retired when she was 10 and spent her remaining years assisting in the training of other search dogs. She also helped first-graders practice their reading skills by letting them read to her.

This video includes clips from NBC and BarkPost, images from Cy-Fair Volunteer Fire Department, and music from Bensound / CC BY ND 3.0.