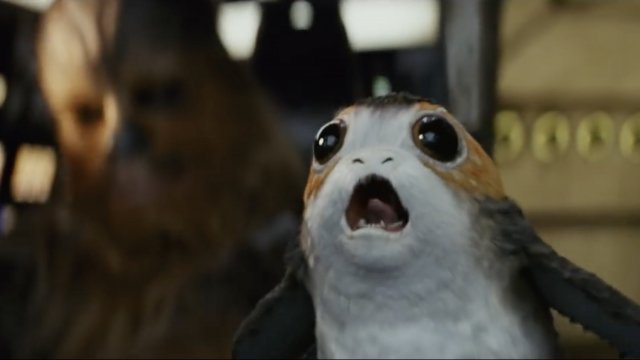 SMS
'Star Wars' Topped The Christmas Box Office — Again
By Casey Mendoza
By Casey Mendoza
December 25, 2017
Both "The Last Jedi" and "The Force Awakens" took the No. 1 Christmas weekend spots in their respective years.
SHOW TRANSCRIPT

This Christmas weekend, two new releases made it into the top three — but they weren't able to shake "The Last Jedi" from its No. 1 spot.

The latest "Star Wars" flick made more than $100 million in its second week. That's half what it made opening weekend, but it's still holding strong to its top spot in the box office.

At No. 2, "Jumanji: Welcome to the Jungle" made around half of what "The Last Jedi" did this weekend. A continuation of the 1995 classic, the adventure comedy brought in more than $52 million in its debut.

Critics have credited the kid-focused film as entertaining and charming — if leaning a bit heavily on the nostalgic value of its predecessor.

Likewise, "Pitch Perfect 3" draws on the commercial success of its musical franchise, landing it in the No. 3 spot. It made more than $25 million this weekend and beat out another musical newcomer, "The Greatest Showman," to make it into the top three.