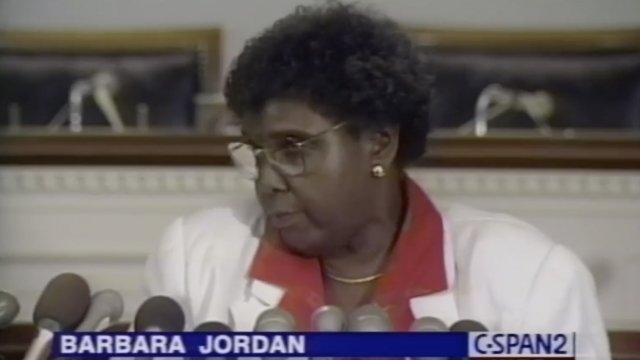 Ugly fights over immigration aren't an invention of Twitter or Donald Trump or Dreamers. The U.S. has been wrestling over this issue basically from the beginning.

How to balance smart policy with basic humanity has always been elusive and somewhat divisive. But the chasm between parties has grown rapidly on immigration. One example? The Jordan Commission of the '90s.

Congress passed the Immigration Act of 1990 by big numbers: 89 ayes in the Senate and 264-118 in the House. Part of the bill called for the formation of a nine-member "Commission on Legal Immigration Reform" aimed at identifying the problems baked into the system and ways to improve it.

The president, Bill Clinton, chose the person who'd chair the committee through its completion: former Democratic Rep. Barbara Jordan, a lawyer from Texas. She'd become a leading liberal voice during Watergate and was considered a party elder.

In 1995, the bipartisan commission, which came to be known as the Jordan Commission, issued a preliminary report and then a final document in 1997 which echoed the original findings and recommendations. 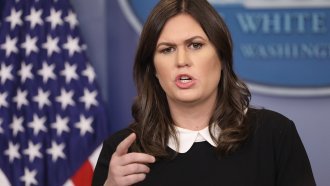 A few takeaways: The commission said that immigration can be good and that civic unity is healthy. However, "immigrants with relatively low education and skills may compete for jobs and public services with the most vulnerable of Americans, particularly those who are unemployed or underemployed."

Another: "The Commission recommends the elimination of the admission of unskilled workers. Unless there is another compelling interest, such as in the entry of nuclear families and refugees, it is not in the national interest to admit unskilled workers."

As for so-called chain migration, the commission told Congress that it should stop.

In the end, Jordan's team backed the continued entry of refugees, capped at 50,000, and about 550,000 immigrants per year, whom they said should be "Americanized," cultivating "a shared commitment to the American values of liberty, democracy, and equal opportunity."

What did the top Democrat have to say? The New York Times ran this quote in 1995: "Mr. Clinton said the proposal 'appears to reflect a balanced immigration policy that makes the most of our diversity while protecting the American workforce so that we can better compete in the emerging global economy.'"

When it comes to immigration, and the R-D divide, times and talking points have changed.