What Really Went Down Between Joe Biden, His Son and Ukraine 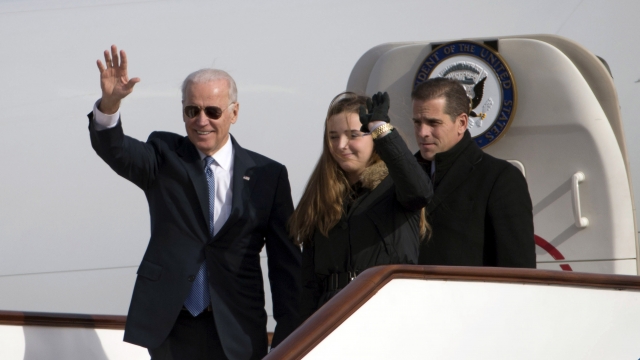 SMS
What Really Went Down Between Joe Biden, His Son and Ukraine
By Kellan Howell
By Kellan Howell
October 2, 2019
Trump and his GOP allies have accused Joe Biden and his son, Hunter, of corruption in Ukraine. Here's what really happened.
SHOW TRANSCRIPT

Republicans have been pointing a lot of fingers at former Vice President Joe Biden and his son Hunter's dealings in Ukraine.

Trump and his GOP allies claim Biden used his power as vice president to help his son by withholding foreign aid from Ukraine in order to pressure the government to fire a top prosecutor who was supposed to be investigating the company Hunter Biden was working for.

But those claims don't add up. Here's what really happened.

It all started in the spring of 2014. Ukraine's pro-Russian government had just been overthrown in favor of a government that would form more alliances with the U.S. and Western Europe. Vice President Joe Biden traveled to Ukraine to meet with government leaders and spearhead U.S./Ukrainian anti-corruption efforts.

In April of that year,  Hunter Biden, had just taken a job with Burisma Holdings, a Ukrainian oil and gas company with ties to the pro-Russian Ukrainian government.

As a member of Burisma's board of directors, Hunter Biden's primary duty was to attend board meetings and energy forums in Europe and he was reportedly paid $50,000 a month.

The new job raised some eyebrows back in the U.S. because it came at the same time the company's owner was being investigated by British officials for money laundering, and as the Vice President was spearheading efforts to root out corruption in Ukraine.

That prompted questions from reporters over whether the job posed a conflict of interest, or at least the appearance of one.

When asked about this during a White House press briefing in May, then-White House Press Secretary Jay Carney said, "Hunter Biden and other members of the Biden family are obviously private citizens. Where they work does not reflect an endorsement by the administration."

Then, in February 2015, Viktor Shokin was sworn in as Ukraine's Prosecutor General. He pledged to root out corruption and said Burisma was one of several entities he planned to investigate as part of that effort.

But critics say Shokin did the opposite and was actually aiding corrupt actors by blocking investigations, including the U.K.-led inquiry into Burisma. Vice President Biden publicly called for his ouster--even saying the U.S. withheld $1 billion in loan guarantees to Ukraine to get Shokin fired.

But Biden wasn't Shokin's only citic. By 2016, the European Union, International Monetary Fund, and European Bank for Reconstruction and Development were all calling for Shokin to be removed from office.

There has never been any evidence of wrongdoing by Hunter Biden. Shokin's replacement told The Washington Post that he "did not violate anything." And claims the Vice President tried to stop the investigation have been denied by U.S. officials and Ukranian anti-corruption activists.