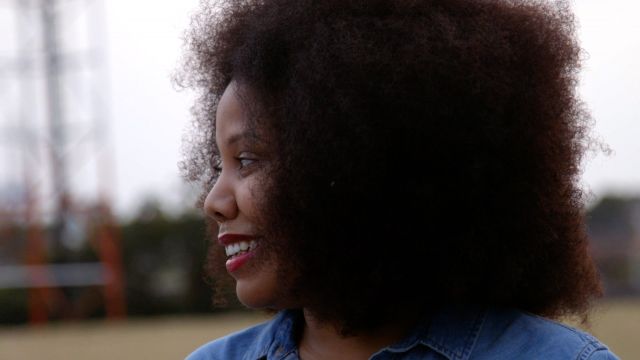 SMS
Meet The Woman Who's Been Called The 'Issa Rae Of West Africa'
By Jamal Andress
By Jamal Andress
February 23, 2017
With zero TV experience, Nicole Amarteifio used her own money to produce "An African City." The viral series has 3.5 million views on YouTube alone.
SHOW TRANSCRIPT

Producer Nicole Amarteifio is giving western Africa something she says it badly needs: a new reflection of itself. Her show is like "Sex and the City," but it's in Ghana with African women and African style. It's called "An African City."

"We would put a video up on Youtube, and in the first minutes, there would be 3,000 hits. ... It took off pretty quickly and sooner than expected," Amarteifio said.

But Amarteifio says she wants to break away from the crowd.

"I wanted to swap the single story of Africa," she said. "I want to get away from the stories of war, poverty and famine that are often discussed when discussing my continent. I wanted to talk about something different."

"An African City" has more than 3.5 million views on YouTube alone. It's a web series that takes place in the capital of Ghana and follows the lives of five African women who spent most of their lives abroad but have since "returned home."

"That's another goal of the show: Come on home," she said. "... I grew up in New York, and everyone was always talking about New York, about Paris, about London. What about a city on the continent of Africa? ... As a Ghanaian, I probably know more about London than I do about Kigali. Why is that?"

Amarteifio's success is being compared to other female showrunners, like Issa Rae, whose viral YouTube series earned her a hit a series on HBO, and Shonda Rhimes, who pretty much owns Thursday night network television.

"I can see the Twitter feed now, being like, 'Can we have our own? Do we have to be compared to anybody else?'" Amarteifio said. "But this is not a Ghanaian or American thing. This is, I'm a TV producer, and to be compared to a living icon like Shonda Rhimes, I'll take it."

Much like Rhimes, Amarteifio says representation was a huge motivation for producing this show — telling her specific story.

Amarteifio's got her master's degree in corporate communications. Before the show, she worked as a social media coordinator with World Bank. She had no plans to work in entertainment, much less executive produce her own show with her own money.

"There was something bigger here. There was a dream; there was a movement," she said. "And so I decided to spend several years saving money and put the money I saved into making the dream happen. ... I'll never do that again. But maybe if you do that once in your life, it's worth it. And it paid off; the risk paid off."

Amarteifio has a new series on the way called "The Republic," and she's in talks with several networks interested in picking up "An African City." Her rise is really just starting, but let her tell it. She's already accomplished the goal she set out to reach.

"I think for so long, when the world tells you are only one image," she says, "and now there's this other image that is stylish, fashionable and glamorous and looks like you, when people come up to me and say thank you, it makes it all worth it."