The iPhone SE Is The Smaller Model You've Been Waiting For 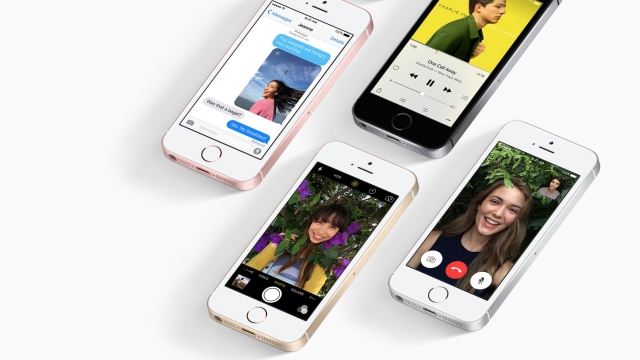 SMS
The iPhone SE Is The Smaller Model You've Been Waiting For
By Leah Becerra
By Leah Becerra
March 21, 2016
Apple debuted its new, smaller iPhone at its March 21 event.
SHOW TRANSCRIPT

If you've been holding on to your iPhone 5 model, waiting patiently for Apple to upgrade the specs of the phone — but leave the screen size alone — you're in luck.

Apple announced the iPhone SE at its Monday event. It packs a lot of power, but it's still missing 3D Touch.

Apple's calling it "the most powerful 4-inch phone ever." And that's mostly thanks to a processor upgrade. The new, smaller phone will have the same A9 chip that's in the iPhone 6s.

The iPhone SE will also have a 12-megapixel iSight camera, capable of shooting 4K video and taking live photos. And for selfie-takers, the phone will have an HD FaceTime camera with True Tone flash.

Other upgrades to the smaller screen include Touch ID, better connectivity over Wi-Fi and LTE and "Hey Siri" support.

So, if you want to, you can summon Siri with the sound of your voice on a smaller phone for a lesser price. The iPhone SE starts at $399 for 16GB of space and tops out at $499 for 64GB. Orders begin March 24, and the phone goes on sale March 31.