The Importance Of Water 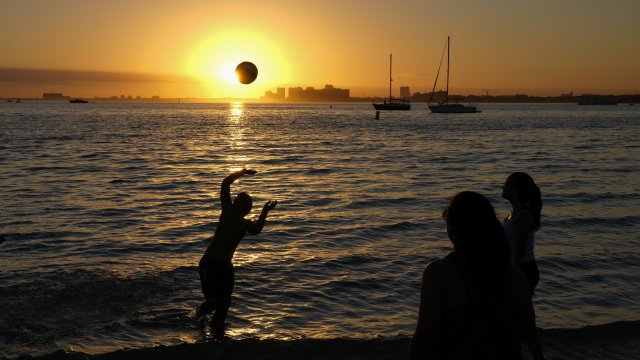 SMS
The Importance Of Water
By Geoff Fox
By Geoff Fox
February 14, 2022
Earth's liquid water makes it unique in the solar system. It's also a primary culprit in causing potholes.

A case could be made that this colorless, odorless liquid is the most important substance on Earth. Without water there is no life as we know it. When we explore off-planet, it’s the first thing we look for.

Considering two-thirds of the Earth is covered in water, there’s probably less of it than you think. If you took all the water on Earth, in the atmosphere and beneath the ground you’d get a blob with an 860-mile diameter.

Subtract what’s in the ocean and the blob shrinks to 169 miles in diameter.

If you look at just freshwater lakes and rivers, we’re now down below 35 miles.

There is no freezing temperature for water. In clouds water is often a liquid as cold as five degrees above zero. It’s waiting for a nucleus to freeze around — which can become a problem for airplanes.

Water is unusual in that as it freezes it becomes less dense. The ice this ice breaker is breaking is floating on the surface. Ice always forms on top.

Take a deep lake, someplace you might go swimming in during the summer. When the lake is calm, the warmest water is at the surface. The deeper you go the colder it gets. If there is any water as cold as 39° it's at the bottom.

As the seasons change the water cools. The coldest water is still at the bottom. The area at 39° expands until the entire lake top-to-bottom is that temperature.

Colder water is less dense, so it's at the top. As ice forms it starts at the surface and then freezes downward.

That ice is less dense, meaning it takes up more space, is the cause of one of modern society’s larger problems — potholes!

Water seeps into small cracks on a road's surface.  When it's cold enough that water freezes.

Ice, being less dense than water, takes up around 10% more space.  That's enough to break the pavement around the crack.

Add a little friction from passing tires to accelerate the process and potholes grow like weeds.