The Importance Of Down-Ballot Races 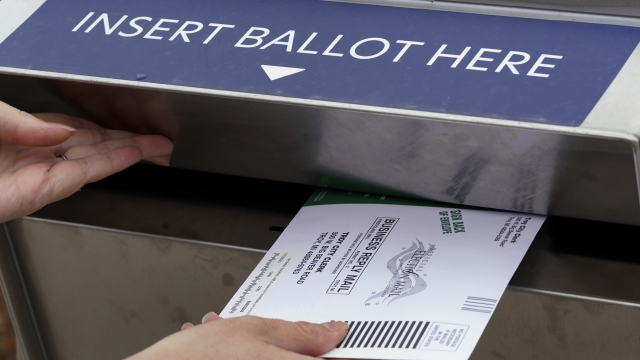 Voters should do their research on these lower-profile races that can have a big impact.

The 2022 midterms are just four weeks away, and voters across the country have a lot more to consider than just their next governor or senator.

Voters in 30 states will be picking their attorney general. In 27, they'll vote for secretary of state. Over 6,200 state legislative seats are on the ballot. And thousands more are running to fill positions like county sheriff, judicial postings and school board seats.

Statewide contests, like secretary of state, often don't get the same level of attention as top-of-the-ballot races.

But in almost half the country, the voter-chosen secretary of state is the top election official. Meaning that person can impact voter registration, election funding and election certification — a position with significant power.

"When you look at election deniers that are on the ballot, and not just in the governor's races, but in Secretary of State's offices to and attorneys general. Those are all really critical offices as well. And unfortunately, ones that sometimes voters don't pay as much attention to," said Jessica Taylor, the Senate and Governors editor at The Cook Political Report.

And some of the most overlooked races, like for the local school board, can have a direct impact on your family and how your tax dollars are spent.

"It's really important to understand that they have some huge decisions to make. … They're working on the school budget, but they're also voting on school construction, right? They're voting on how schools are built, where the boundaries are, those kinds of things," said Verjeana McCotter-Jacobs, the deputy executive director of the National School Board Association.

There are 15,000 school boards across the country, and McCotter-Jacobs says every voter should expect to have a school board position on their ballot in November.

"They don't necessarily see it as impacting them. But I keep saying it: All politics are local. So they don't see it, they can't touch it in a way that they feel that it directly impacts them, but you know, parents do move into neighborhoods or a particular community saying, 'I want to go to that school,' for example," said McCotter-Jacobs.