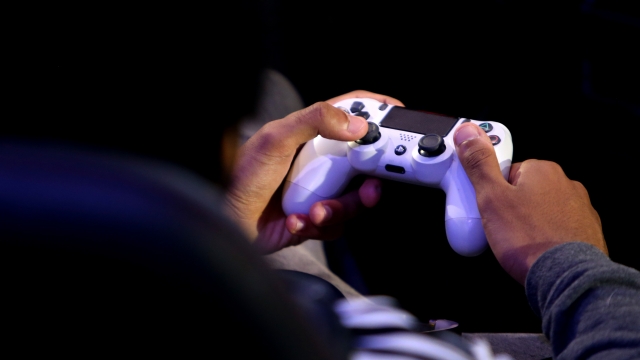 SMS
The Hustle Rundown: Video Gamers Win Big; Major Banks Fined
By Newsy Staff
By Newsy Staff
May 21, 2019
The Hustle's Wes Schlagenhauf breaks down some of the biggest business news of the week. Here he explains how pro video gamers rake in so much cash.
SHOW TRANSCRIPT

Hey gang, Wes Schlag here with the Hustle, reporting on the biggest biz news of the day — and boy do I have some stories for you. Imagine your company's Slack account. Now, imagine that instead of using the internal chat app to share memes and happy hour plans with your team, you used it to share your customers' info with your direct competitors to collude and make a massive profit.

That's exactly what spot traders at Barclays, Citigroup, JPMorgan Chase, MUFG Bank and the Royal Bank of Scotland did between 2007 and 2013 — only, instead of Slack, they did it on Bloomberg Terminals through multiple chat rooms. And instead of memes, they swapped large amounts of currencies for major companies and manipulated countless foreign exchange markets for their own benefit — also known as "insider trading."

So, when their little cartels came to light, the European Commission fined its members a combined $1.2 billion for anti-competitive practices. I'm sorry, a combined $1.2 billion fine? For five of the world's largest banks? Classic. Since this hand tap equates to little more than the embarrassment you feel after a hug-turned-accidental Eskimo kiss with your uncle, we're going to make light of the situation in protest.

Sure, these Pablo Escobars have made a lot of money, but that doesn't mean they're geniuses — we know that by the creative liberties they took when naming their cartels. Cartel #1 was named "three way banana split" and cartel #2 was called "Essex Express." And the names of the chat rooms were equally as witty: one was called "Semi Grumpy old men" and the other was called "Essex Express ‘n the Jimmy" because apparently everyone in the chat room lived in Essex except for, well, Jimmy — I honestly don't even know what we're talking about anymore.

It's good to know that the unlawful act of insider trading has become so goofy and relaxed. Next time I see a secret chat room with the name Rick Dandy and the Fun Time Jacksons I'll know I'm getting rich. Now onto something more concerning.

A recent survey found that 60% of male managers are uncomfortable mentoring and socializing one-on-one with women at work. That's a 32% spike from last year. The survey highlights the paradox between the strides the #MeToo movement has made against sexual harassment and how they come largely at the price of mentorship, networking and development opportunities for women.

Here's a fun fact: The survey showed that men in senior positions are 12 times more reluctant to engage with junior-level women, because as hot button as things are right now, they'd rather just not risk it. Which in turn serves as a massive stumbling block for women looking to advance their careers, because it doesn't take a biz whiz to know that nobody ever got a promotion without a little face time with the boss.

Allow me to mansplain: Men, things are tense  — that doesn't mean we get to run away from reality. Let's problem solve. Talk to women. Put on your big boy pants and be brave. Fail. Accept it. Learn something.

Speaking of toxic masculinity, why do some video game streamers earn more in 60 minutes than some families do in a year? Turns out, video game publishers pay celebrity live streamers as much as $50,000 an hour to play their newly released games.

That's because gaming has become more than something you do. It's become something you watch. Last year, consumers spent 8.9 billion hours not playing, but watching video games on the Amazon-owned streaming platform Twitch.

And that doesn't go unnoticed in an industry worth $130 billion. Some streamers attract audiences of as many as 680,000 viewers with their sick button-mashing skills, which means they're enormously influential.

Take celebrity streamer Ninja, for example. He was paid to push "Apex Legends" out to his fans back in February by playing it on opening day. And the strategy worked. Without any advanced promotion, "Apex" got 1 million downloads in its first day and 50 million in its first month. As for Ninja — if that is his real name — he hauled in a cool $10 million last year. Preserve those thumbs, people. Preserve those thumbs.

And that does it for today, folks. Be sure to tune in this Thursday at 1 p.m. Eastern here on Newsy, and if you're looking for more heavy biz hitters like this, sign up for The Hustle newsletter @thehustle.co … Now I'm gonna go watch some purple-haired kid play "Crash Bandicoot" for five hours online. That's still a game right? Not important, bye bye.