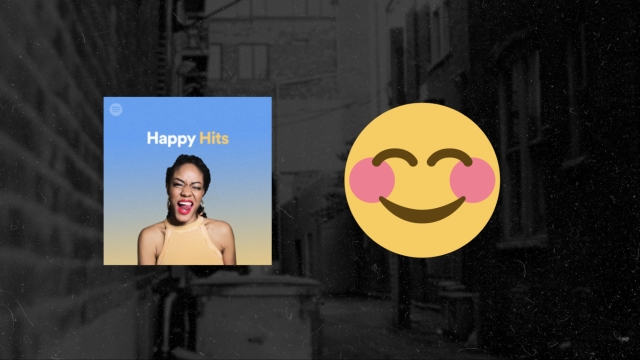 SMS
The Hustle Rundown: Spotify Sells Your Mood; Pepe The Frog Settlement
By Newsy Staff
By Newsy Staff
June 13, 2019
The Hustle's Wes Schlagenhauf breaks down some of the biggest business news of the week. Here he explains how Spotify is capitalizing on your mood.
SHOW TRANSCRIPT

You all know Spotify's mood playlists.

If you're feeling good, go with "Happy Hits." If you wake up on the wrong side of the bed, try "Mood Booster" to flip your frown. And of course, the "Life Sucks" playlist for those who read we're all gonna die in 2050.

But what if I told you that Spotify takes all of that mood data you're giving it and sells it to multinational corporations? According to The Baffler, that's exactly what’s happening, and it's being coined as "emotional surveillance."

Spotify acquired music intel firm The Echo Nest in 2014 and found, unsurprisingly, that listeners curate daily playlists based on emotions and real-life moments.

By 2016 Spotify was selling all your feels to corporations so they can better target you in their ad campaigns. And four years later, Spotify's become the cool uncle you feel comfortable sharing your deepest feelings and emotions with. Anyway. Enough about music.

It's time to talk about the ASMR community's newest obsession, and how it's made one seafood lover a millionaire.

Assuming it can be a verb, mukbanging is a combination of Korean words for "eating" and "broadcasting" that first became popular among Korean video-streamers a decade ago. Now, the sloppy slurping, smacking and cracking of crab legs, lobster tails and mussels on camera has made its way to the Autonomous Sensory Meridian Response community — AKA the official name of those wacky yet soothing whisper videos people go nuts for on YouTube.

And Bethany Gaskin's the first to take the bait. Now, Gaskin's viral vids have earned her more than $1 million and 1.8 million subscribers.

She's become so successful that her husband Nate was able to leave his job at GE to become her manager.

Moving on to another special sea creature … in court.

It all started 15 years ago with California artist Matt Furie's iconic creation of Pepe the Frog — a harmless anthropomorphic 'zine character that croaked the catchphrase "Feels good man."

But the frog quickly became "memed" as the unauthorized mascot of the alt-right. Later, it was picked up by the conspiracy factory Infowars, and that's when Furie decided to sue.

On Monday, Alex Jones of Infowars agreed to pay Furie a measly $15,000 for appropriating Pepe — an outcome labeled as a victory by Furie's attorney. But that was down from the millions he originally filed for.

And that does it for today, folks. Be sure to tune in to Newsy next Tuesday at 1 p.m. Eastern for more of the Hustle Rundown, and make sure to sign up for the Hustle newsletter @thehustle.co for your daily dose of stories exactly like these …