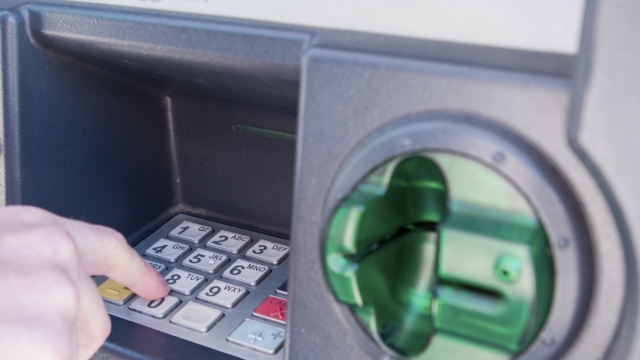 SMS
The Hustle Rundown: Scots Search For Cash; Augmented Reality & Makeup
By Newsy Staff
By Newsy Staff
June 6, 2019
The Hustle's Wes Schlagenhauf breaks down some of the biggest business news of the week. Here he explains why some Scottish banks are closing shop.
SHOW TRANSCRIPT

Hey, gang, Wes Schlag here with the Hustle, reporting on the biggest biz news of the day — and boy, do I have some stories for you.

Market researchers are plugging test subjects into scientific-grade brain scanners to find what ignites emotional connections that affect behavior when a consumer experiences an advertisement.

The goal? According to Axios, the firms say they aim to know consumers better than they know themselves. The idea of plunging human brains for data has been around for years.

And ever since Nielsen bought a firm called NeuroFocus in 2011, consumer neuroscience tactics have made their way to the mainstream.

And it's now servicing big clients like Time Warner and New Balance. And you better believe Facebook's already in on the action. But make no mistake, companies like Facebook may already know everything about us, and this kind of "surveillance capitalism" only benefits corporations of their stature.

Continuing with dystopian consumer tactics … no amount of concealer can cover up the ugly of this next business trend. Yesterday, French beauty giant L'Oreal announced plans to integrate its augmented reality makeup tool with Amazon to enable millions of additional shoppers to "try on" lipstick through live selfies.

ModiFace insists this particular app is only about makeup, but the company also makes apps that use "emoji effects" and AI to make users look pixel-perfect on camera.

Filtered faces may pull in a pretty penny for L'Oreal, but an ugly amount of medical research says that face-filters also increase body-image disorders and unnecessary plastic surgery among kids.

Now onto something all too real for our friends in Scotland: Scottish citizens are going through cash withdrawals as bank branches close their doors. About 10,000 have shuttered since 1989.

To address the shortage, banks are building automated teller-mobiles that drive around the countryside offering angry Scots a way to extract. But how did it get this bad?

According to Quartz, 460 Scottish ATMs disappeared each month last year as banks like the Royal Bank of Scotland and Barclays scaled back physical infrastructure to compete with digital-only banks.

But Scottish customers — particularly older people in rural areas — didn't adopt online banking alternatives as quickly as expected, forcing the old guard to travel two hours to get to an ATM. Uhh, ever heard of Venmo? Nailed it.

And that does it for today, folks. Be sure to tune into Newsy next Tuesday at 1 p.m. Eastern for more of the Hustle Rundown, and make sure to sign up for the Hustle newsletter at thehustle.co for your daily dose of stories exactly like these.