The Hustle Rundown: Liquid Death Raises Cash; Why To Tip Your Waiters 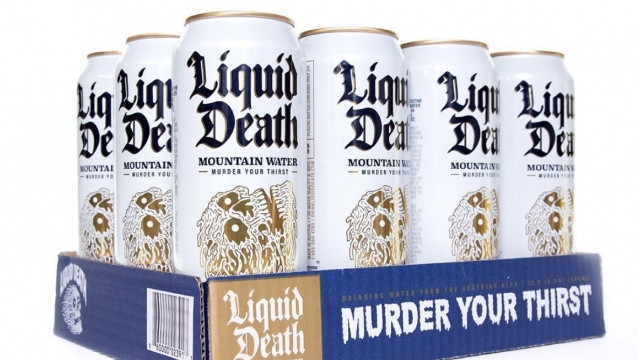 SMS
The Hustle Rundown: Liquid Death Raises Cash; Why To Tip Your Waiters
By Newsy Staff
By Newsy Staff
May 9, 2019
The Hustle's Wes Schlagenhauf breaks down some of the biggest business news of the week. He sorts out what to know about water startup Liquid Death.
SHOW TRANSCRIPT

Thanks to a lack of FDA regulation, medically unproven stem cell therapies have become a $2 billion business. Don't get me wrong, some stem cell treatments, like bone marrow transplants, are medically legit, but you got to wonder about these “miracle cures” some people are touting, like birth tissue-based stem cells, which are on the rise.

According to a recent ProPublica report, the number of clinics offering unproven stem cell therapies grew from 12 in 2009 to more than 700 in 2017. Despite a lack of clinical evidence, birth tissue-based stem cell clinics claim amniotic cells can treat arthritis, wrinkles, hair loss, erectile dysfunction, asthma, Alzheimer's, diabetes and heart failure.

Just ask Dr. Greene, "retired orthopedic surgeon" and founder of R3 Stem Cell — a company that distributes the shoddy science to about 30 clinics across the country.

But the guy's a retired orthopedic surgeon. Yeah, retired — as in, his medical license was revoked after 14 malpractice lawsuits. Wow. Forget life expectancy. We just found ourselves a miracle cure from "Dr. Quinn, Medicine Woman" herself. Do you think it can cure my night blindness?

Are you sensing my sarcasm? Seriously, don't get scammed.

Speaking of posers — have you ever found yourself slugging back a Dasani and thought, "Dang, this water's refreshing, but it's not punk enough. Not like me"?

We suspect this is what Mike Cessario thought before he started Liquid Death — a direct-to-consumer canned-water startup aimed at people who identify as "straight-edge punk rock fans." So, is this to make straight-edgers look like they party? Or is it to help the environment with the aluminum alternative to plastic? Liquid Death says both. We say entrepreneurs love to repackage water and profit.

And once again, it's working, because on Tuesday the startup moshed its way into a $1.6 million seed round, bringing the company's total funding to $2.25 million — but what's so punk rock about it?

Is it because it's 100% mountain water, sourced and canned in the Alps? It's environmentally friendly, which is chill, but so is a reusable water bottle. OK, the cans do feature golden skulls and the totally sick tagline "murder your thirst."

Punk rock's supposed to be do-it-yourself and dangerous for a cause — not $21.99 a 12-pack on Amazon. Back in the '90s you could've seen Fugazi perform four times for that price and helped the punk rockers raise more than $250,000 for charity — and holy anarchy, they did it without venture capitalists.

If it's considered "punk rock" to lock down seed funding and overcharge for Austrian Alps water because it’s in a can with a skull on it, then consider me GG frickin' Allin.

Do you constantly wrestle with how much to tip your waiter? Next time you're inching toward 10%, chew on this: Business Insider recently combed restaurant worker data from the Bureau of Labor Statistics and found that all but three common food industry jobs make less than the median U.S. salary of $38,600.

The American restaurant industry employs some 10 million people, and the average worker in this pool earns north of $22,000 — that's over 40% less than the national median wage.

To make matters worse, these workers are often taken advantage of by their employers. According to The Department of Labor, 84% of restaurants in the U.S. violate labor standards and engage in wage theft.

In other words — tip your waiters 20%. Heck, go 30. If you weren't psyched about their service, maybe ask yourself: "Did they have a bad day?"

When it comes to paying the bills on poverty-like wages, you now know the answer's most likely yes.

And that does it for today, folks. Be sure to tune in next Tuesday at 1 p.m. Eastern here on Newsy, and if you're looking for more heavy biz hitters like this, sign up for The Hustle newsletter @thehustle.co. OK, I have to go, I have an appointment with Dr. Greene to figure out how we sell punk rock water as a cure for typhoid fever.