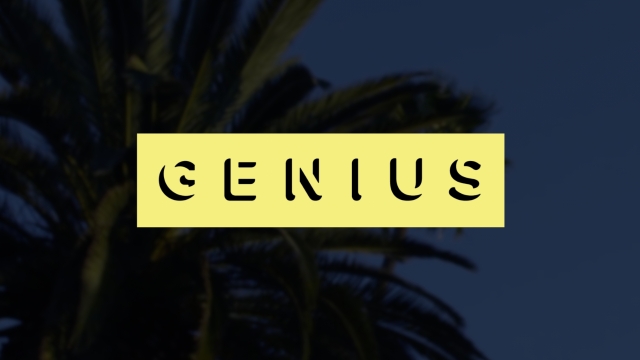 Like lots of sites on the internet, the music lyrics website Genius relies on Google for most of its web traffic. But the friend turned foe when Genius caught Google performing covers of their work and playing it off as if it were their own. Allow me to explain.

Genius suspected Google was stealing lyrics and displaying them on its own page. Per usual, Google denied any wrongdoing.

So Genius got creative and tried to catch them in the act. And it worked, thanks to Morse code, aka technology created in the 1830s.

Google played dumb and apologized, but this isn't the first instance of Google copying the competition. The search engine's goal is for users to never leave their site.

In other words, Google is purposely directing a smaller share of users to other sites during their search. And so far they've done a bang-up job.

In March, Google kept a whopping 62% of mobile searches from ever moving off of the search engine.

Of course, when you own the house that nearly every website lives in, it's a pretty easy game to play.

Moving on to the future of mental health. Startups that make AI-powered digital "mental health assistants" are on the rise, and they're coming for your feelings.

On Tuesday, Youper, a startup that makes therapy bots, raised $3 million in seed funding. Youper already has 1 million users and believes wholeheartedly in the accessibility that psycho-babble-bots bring to the table compared to human therapists.

But, of course, when it comes to the nitty gritty of mental health, many specialists are wary of just how deep robo-shrinks are able to go. Imagine that.

But, companies like Youper have a strong argument. Youper's co-founder told Techcrunch it takes 10 years on average for someone in need to talk to a health provider.

The goal of Youper and other AI chatbots is to get that number down to 10 minutes.

Next, the 275-year-old auction house Sotheby's just sold off its priciest collector's item yet: itself.

The company that specializes in auctioning off some of the world's priciest art and other collectibles recently sold for $3.7 billion — a 61% premium on its public price — to French-Israeli tycoon Patrick Drahi.

Together Sotheby's and Christie's dominate the market. The two auction houses sell more than 80% of the world's $1 million+ auction items.

But in the last several years, Christie's has outsold Sotheby's by about $600 million, which to competing billionaires is nothing more than a drop in the bucket.

And that does it for today, folks. Be sure to tune in to Newsy next Tuesday at 1 p.m. Eastern for more of the Hustle Rundown, and make sure to sign up for the Hustle newsletter @thehustle.co for your daily dose of stories exactly like these.