The Hustle Rundown: Elon Musk Gets A Gig; 'Cancel Culture' Is Real 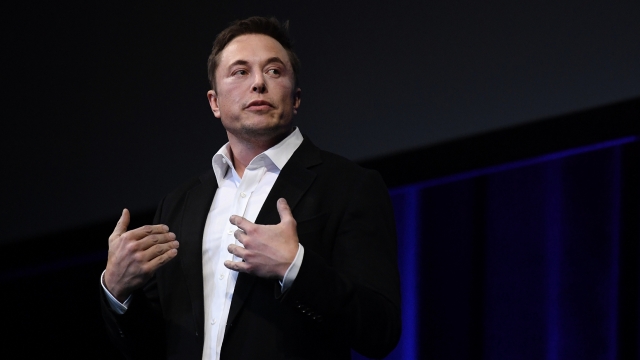 SMS
The Hustle Rundown: Elon Musk Gets A Gig; 'Cancel Culture' Is Real
By Newsy Staff
By Newsy Staff
May 28, 2019
The Hustle's Wes Schlagenhauf breaks down some of the biggest business news of the week. Here he explains The Boring Company's new project.
SHOW TRANSCRIPT

That is, unless you're the musician. Reports show that Sofar, a self-proclaimed "local artist ally," generally pays bands $100 per show and pockets the remaining $1,000-$2,000 from ticket sales.

First record companies, then Spotify, now this? By the milky skin of Ed Sheeran, is there anyone who's willing to actually support up-and-coming artists?

Sorry. In today's streaming age, musicians rely heavily on live performances for earnings, because let's face it, unless you're Drake, nobody's making money from streaming platforms.

And Sofar's also paying peanuts, while simultaneously pulling viewers away from the higher-paying venues.

Sofar CEO Jim Lucchese justifies it by explaining that artist payout largely comes in the form of exposure. Hmm.

Now on to TV — turns out "cancel culture" is a thing. And streaming platforms are looking for a fix.

It's been a little over a week since everyone's favorite dragon show didn't do the thing that everyone wanted it to do in the way they all wanted it to be done. But, as it turns out, whether "Game of Thrones" failed or managed to please every mother-lovin' dragon tamer west of King's Landing, HBO was still going to see a potential drop-off in subscribers after the series finale.

After "Game of Thrones" ended, 16% of HBO subscribers said they planned to cancel their service. And HBO isn't alone.

Axios reports that once viewers' favorite shows end, they are 30% more likely to cancel their streaming subscriptions.

Ah, the classic binge and bounce. Guilty. Now subscription services are getting creative.

Hulu's offering bundle subscriptions with Spotify Premium, and Amazon, HBO and Netflix are heavily promoting their prime-time shows to keep people around.

But enough about music and television. Now for something a little more "Boring."

But when it comes to employing Elon Musk and the gang, Las Vegas is definitely hedging its bets. Could it be because the only results anyone has seen from the company are 20,000 Flamethrowers it randomly built and conned fans into buying? Who's to say?

The Campus Wide People Mover is expected to span close to 200 acres around the convention center if complete. Of course, with Elon Musk's track record of missing deadlines, the $48 million+ is a big gamble for the city.

And Vegas knows it: The contract is jammed with fine print to keep the company and its fearless leader from losing track.

The contract withholds over two-thirds of payments until construction is complete and specifies penalties of a whopping $300,000 per instance should the system fail to accommodate enough passengers.

Fortunately, the Vegas Loop is less than a mile — should be doable … right?

With Musk you honestly never know. Last month, a 505-page report revealed that Boring's proposal for a DC-area tunnel was riddled with safety issues.

And that does it for today, folks.  Be sure to tune in to Newsy This Thursday at 1 p.m. Eastern for more of the Hustle Rundown, and make sure to sign up for the Hustle newsletter @thehustle.co for your daily dose of stories exactly like these … OK, heading off to my "in defense of GOT" support group, bye bye.