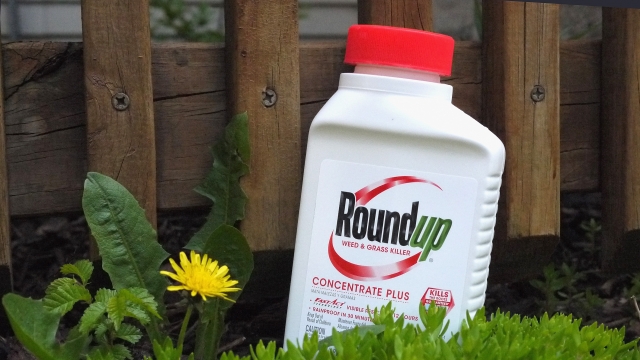 SMS
The Hustle Rundown: Court Sides With Roundup Victims; West Texas Booms
By Newsy Staff
By Newsy Staff
May 15, 2019
The Hustle's Wes Schlagenhauf breaks down some of the biggest business news of the week. Here, he explains another bad court case for Monsanto.
SHOW TRANSCRIPT

Self-professed "modern" agriculture company Monsanto is in the weeds after a California jury awarded a $2 billion-plus payout to the Pilliod family, a California couple who says their cancer was caused by long-term exposure to Monsanto’s famous weed killer, Roundup.

For years we've watched our parents sprinkle Roundup on everything from home gardens to crop lines. And Monsanto has the profits to prove it: In 2017 alone, Roundup profited $892 million — uh, whoa.

But over the years, Monsanto's flagship weed suppressant has been suspected of moonlighting as a multipurpose poison: slaying weeds by day, and potentially humans by night ... and, well, day too, because death doesn't have a concept of time.

But hold up. We have to remain calm here. No reason to jump to conclusions. Monsanto’s maintained for years — decades even — that the stuff is totally harmless to humans — and health regulators have given little guff.

Of course, the Pilliods, who used the glyphosate chemical for decades on their property before both being diagnosed with non-Hodgkin’s lymphoma within four years of each other, disagree.

Or how about the two men who collectively received $158 million after claiming Roundup contributed to their non-Hodgkin’s lymphoma? And those are just the ones who have had their day in court.

As of February, over 11,000 lawsuits against Monsanto have been filed in state and federal courts for the same reasons. At this point there could be more.

OK, I will admit, these circumstances are all quite precarious.

To make matters even more rosy, Monsanto and its owner, Bayer, have already begun the appeals process in the case brought on by the Pilliods — which could sharply reduce the payout or even overturn the ruling.

Okay, you know what? I’m gonna let you make your own conclusion with this one, folks. But, if you ask me, the facts are making it pretty hard to stay neutral.

In other lawsuits, Pepsi dropped its intellectual property suit against Indian potato farmers.

The Lay's owner alleged farmers in Gujarat infringed on the company's patented low-moisture harvesting design for their signature potatoes, seeking payments of $143,000 from each farmer.

But the farmers refused to let Pepsi take their lunch money. In response, the All India Farmers' Forum accused PepsiCo of bullying small-time producers, citing the Farmers Rights Act of 2001, which states that farmers are allowed to sell and sow produce as they please as long as they don’t sell any branded seed.

Further, the AIFF called for a boycott of PepsiCo until the issue was resolved.

And resolved it was … a win for small farmers!

Now movin’ over to oil country … with a twist.

About 10 years ago, technological advancements in fracking made it possible to access vast deposits of previously unreachable oil. When that happened, West Texas dirt became a hot commodity.

Now, the Permian Basin holds a whopping 22% of the world’s active oil rigs, bringing thousands of workers to the area. Its limited local infrastructure has helped a secondary economy strike it rich in the region.

The spot on U.S. Highway 285 used to be nothing more than potholes and tumbleweeds. Now, the dusty stretch is brimming with successful entrepreneurs — from food and coffee vendors to clothing stores to hospitality ventures.

Lodging has become the most important. The few motels in the area charge up to $500 a night, leading entrepreneurs to build “man camps” that hold up to 1,200 beds for far less than even a quarter of the cost ... hmm, could’ve lifted a little harder on the name, but OK.

I’m no mathematician, but with many riggers working and commuting for six months out of the year, it seems like these "boy camps" are bringing in a lot of tickle. Could be an interesting alternative for all you MBA grads who find yourselves working an open floor desk job at a hot new Silicon Valley cereal startup.

And that does it for today, folks. Be sure to tune in next Tuesday at 1 p.m. Eastern here on Newsy, and if you’re looking for more heavy biz hitters like this, sign up for The Hustle newsletter @thehustle.co … and for the love of God, don’t put Pepsi on your potato chips.