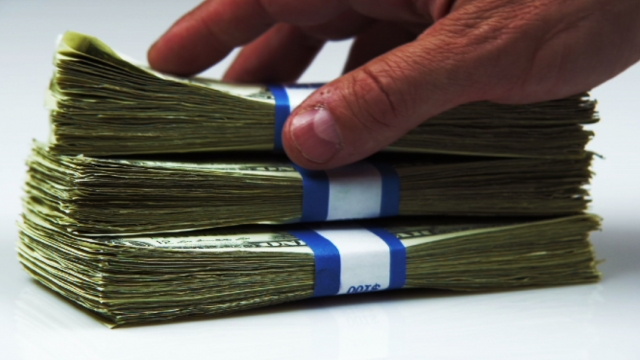 SMS
The Hustle Rundown: Billionaires Call For Wealth Tax; Touring Slums
By Newsy Staff
By Newsy Staff
June 27, 2019
The Hustle's Wes Schlagenhauf breaks down some of the biggest business news of the week. Here he explains why some want to pay more taxes.
SHOW TRANSCRIPT

Several members of the illustrious "Three Comma Club" posted on Medium pleading for a "moderate wealth tax" on the richest 1/10 of 1% of Americans.

Billionaires like George Soros, Abigail Disney, Facebook co-founder Chris Hughes and many others signed the letter, because they believe they know where to find the cash to correct things like climate change, the public infrastructure crisis and other pressing societal problems. The answer is: their own pockets.

The letter proposes a "wealth tax" to be levied against American households with more than $50 million.

Based on this plan, roughly 75,000 families would owe 2 cents for every dollar they have over $50 million. Sheesh, when billionaires are asking to be taxed, you know it's bad.

Moving on to slum tours.

TripAdvisor's Traveler's Choice Awards recognized the most popular tourist attraction in India for 2019, and it isn't the Taj Mahal.

Dharavi in Mumbai, aka one of the largest slums in the world, was not only recognized as the top experience in India, it also ranked in the top 10 of traveler experiences in all of Asia.

Slum tours are on the rise around the world. The influx of visitors to Dharavi — and, more importantly, their cash — has helped prop up industries in the 533-acre shanty-clad town.

Of course, it's important to remember that while it may be a tourist destination, it's still a slum. And many feel uncomfortable with the whole "using poverty to sell a tourist attraction" thing.

Up next, we have the drawbacks of a renegade free-market workplace.

Employees at Japan's Disco Corp. think twice before hanging up their umbrellas in the office on a rainy day.

Why? Because they have to pay for it. In fact, according to a Bloomberg report, employees at Disco pay for everything from conference room access (which costs $100 an hour) to advice from coworkers.

Oddly enough, the bizarre business model at the manufacturing company works. Since Disco launched its radical management strategy eight years ago, its stock price has quadrupled and its margins have improved from 16% to 26%.

Disco isn't the only company to monitor employee performance. American billionaire Ray Dalio built the world's largest hedge fund, Bridgewater Associates, on the concept of "radical transparency." But these systems don't work for everyone. Turnover at Disco is pretty volatile, and one employee called Bridgewater a "cauldron of fear and intimidation."

Maybe the answer lies somewhere between the kombucha taps of Silicon Valley and the corporate whip-cracking of companies like Disco.

And that does it for today, folks. Make sure to sign up for the Hustle newsletter @thehustle.co for your daily dose of stories exactly like these.