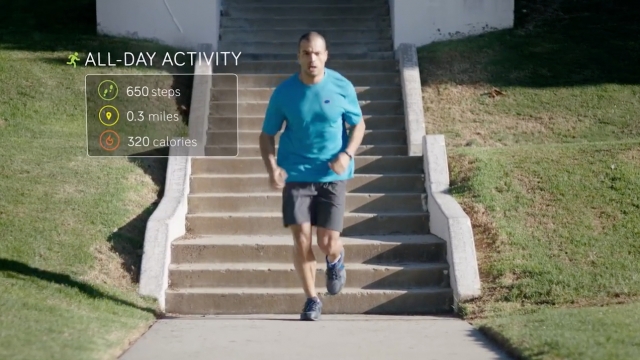 It involves two things: The number of "active" users the company reported and how it qualifies that group.

Fitbit says it sold some 8.2 million fitness tracking gadgets in the fourth quarter of 2015. The company also said it made $712 million in revenue that quarter.

Both of those bullet points are pretty on par for an earnings call, but this next bit was more or less unexpected: Fitbit's user data says the annual total number of "active" users grew 152 percent to 16.9 million by the end of 2015.

This information was likely included because of an oft-cited report that says about a third of people who own a wearable end up tossing it after six months. Plus, this is just information investors want to know.

We've asked Fitbit before about how it's keeping people engaged in its devices. And the response was — let's say — rehearsed.

The Verge says, "The total number of registered Fitbit users by the end of 2015 was 29 million, which means just around 58 percent (16.9 million) were considered active."

OK, so that's a bit more than a third of Fitbit's users that may or may not have tossed their wearables. No biggie.

But to be considered an "active" user, a person needs to have his or her tracker (or scale) synced to an account and have taken 100 steps (or a measurement) within the past three months.

How long is a fiscal quarter again? Oh yeah, about three months.

Well, since the company says it will only be updating the "active" users number once a year, we'll have to wait and see if those who got Fitbits last December were still using them six months later.