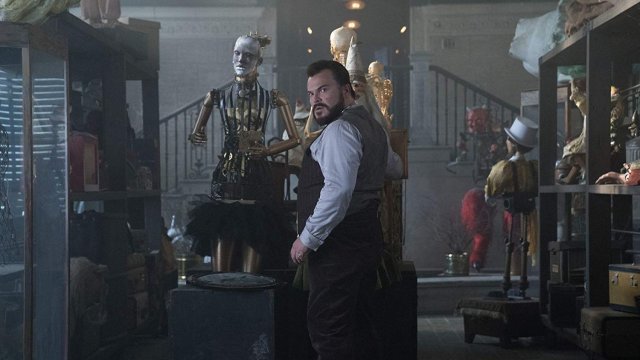 By Jamal Andress
September 23, 2018
This is the best debut of director Eli Roth's career. You may remember him from his other "kid-friendly" hits like Hostel and Cabin Fever.
SHOW TRANSCRIPT

Taking the No. 1 spot this week is Jack Black's "The House With a Clock In Its Walls" bringing in a better than expected $26.8 million in its debut weekend. This is the first "kids movie" to hit the silver screen since "Walt Disney's Christopher Robin" from nearly two months ago.

For Jack Black this is a better debut than "Goosebumps" had in 2015 but still pretty far behind the likes of "Kung Fu Panda" and "Jumanji."

This is however the best debut of director Eli Roth's career. You may remember him from his long list of kid-friendly hits like "Hostel", "Hostel Part II" and "Cabin Fever."

Up to this point, I wouldn't let Eli Roth near actual kids, much less a kids movie. But despite his 'gorey' past "The House With a Clock in Its Walls" has received mostly high praise from critics and no lawsuits from parents.

"The House with a Clock in Its Walls" has a 68% on the tomatometer. Also working in its favor, it only cost around $40 million to produce. And I'm going to assume they spent zero of that money on graphics.

And swapping places with "A Simple Favor" this week is "The Nun" bringing in an estimated $10.2 million in its third week out.

As for next week, LeBron James warms up for "Space Jam 2" with a little voice acting.