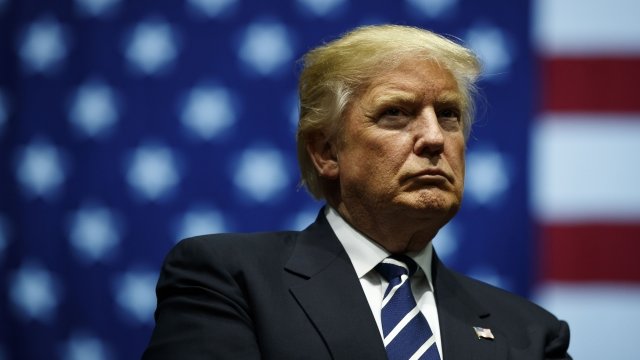 The House passed a bill 419-3 that would limit how much say the president has in ending sanctions against Iran, Russia and North Korea.

Congress overwhelmingly approved a plan that would cut down President Donald Trump's power over sanctions.

The House voted 419-3 to sanction three of America's biggest adversaries: Iran, North Korea and Russia. The bill also blocks the president from waiving those sanctions unless Congress OKs it.

Trump has taken a hard line on Iran and North Korea, but Democrats say his stance on Russia has been "far too soft."

Trump's statements about whether or not Russia was actually responsible for 2016 election interference have shifted as well.

The bill will now head to the Senate, which seems likely to approve the legislation since it voted 98-2 in favor of its first version.

The high level of bipartisan support is important because it means a Trump veto on the bill would be easy to override. Though it's not clear exactly how Trump would respond to that bill landing on his desk.

The White House says it's reviewing the current bill. It's said in the past that the president supports sanctions in general, but wants more flexibility on handling them.

But there's a chance the Senate may not get to vote on this bill for a while; it would need unanimous consent to pause the current debate on health care.