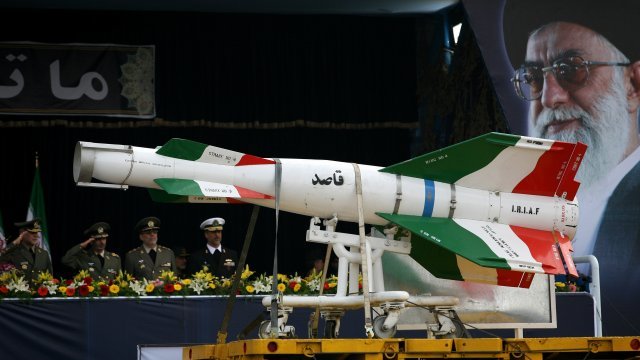 President Donald Trump announced he wouldn't recertify the Iran nuclear deal earlier this month. That gave Congress 60 days to decide if the U.S. would reimpose the economic sanctions on Iran that were lifted under the agreement.

Thursday's bill isn't doing that; instead, it's creating new sanctions focused on issues outside of the deal. The measure seems to be a show of force to Iran without completely scrapping the deal.

The House also passed a sanction bill Wednesday that would impose sanctions on Iran for supporting Hezbollah, an Islamic militant group.