The House Of Representatives Got Heated After A Moment Of Silence 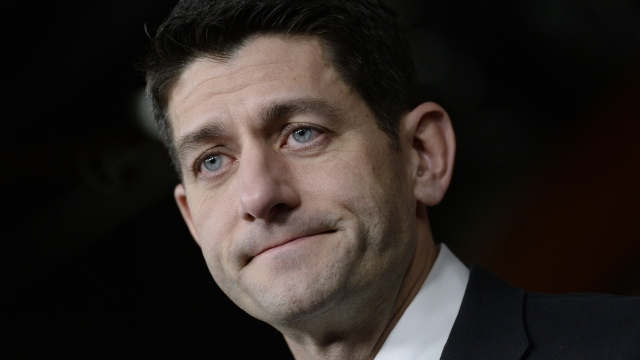 SMS
The House Of Representatives Got Heated After A Moment Of Silence
By Ryan Biek
By Ryan Biek
June 14, 2016
Some in the House wanted talk about gun control, but was the topic brought to the floor properly?
SHOW TRANSCRIPT

"The chair would ask all present to rise for the purpose of a moment of silence," said Speaker of the House Paul Ryan.

The House of Representatives observed a moment of silence for the victims of the attack, but things got heated soon after. First, Rep. Jim Himes walked out of the room. NBC reports Himes said "silence is complicit" in letting more mass shootings occur.

Assistant Democratic Leader Jim Clyburn got a chance to speak.

"I am really concerned that we have just today had a moment of silence, and later this week, the 17th ..." Rep. Jim Clyburn said.

"Is the gentleman stating a parliamentary inquiry?" Ryan said.

"Yes, Mr. Speaker, I am particularly interested about three pieces of legislation that have been filed in response to Charleston," Clyburn said.

"The gentleman is not stating a parliamentary inquiry," Ryan said.

Clyburn was referencing the shootings in a South Carolina church last year. He's proposed legislation that would close a loophole that allowed the Charleston shooter to purchase a gun while his background check was pending.

Ryan's office said Clyburn was out of order, according to the House of Representatives' rules, and wasn't attempting a proper motion or inquiry. The speaker moved the room back to voting on the information technology bill.